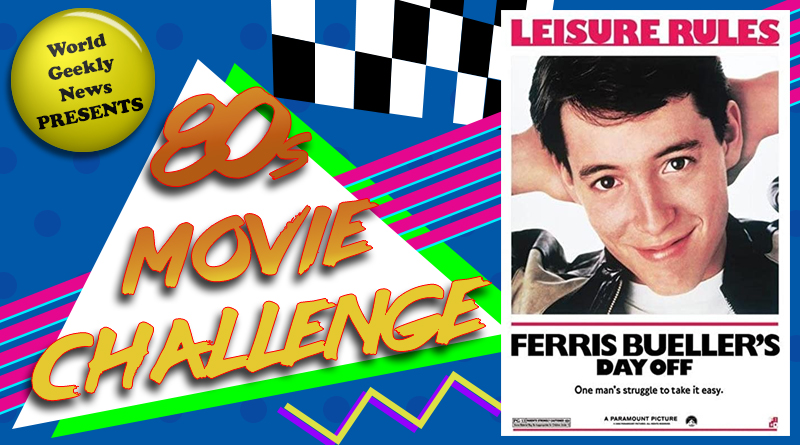 Welcome back 80s aficionados! This week in 80sMC we stay in 1986, but instead of the Scottish Highlands of last week’s film, Paul invites us on a road trip to Chicago via one of film’s early cinematic universes, the fictional, cross-movie world of Shermer, Illinois as we partake in Ferris Bueller’s Day Off!

First off, there’s an elephant in the room. A rather entitled, cocky and overconfident elephant wearing a knitted waistcoat and his name is Ferris Bueller (Matthew Broderick). Yes, he’s the eponymous hero of the film, and while the entire town of Shermer idolises him, personally I think he’s a bit of a jerk.

Well, a lot of a jerk, really.

And I’m not entirely sure we’re supposed to like him. Yes, he’s charming, confident, witty, all the traits we find attractive, but there’s something sinister about the way he coasts through life as though the world owes him a favour, gaslighting all those around him (his seemingly spellbound parents in particular). There are only three people in the entire movie who see through his BS – his long-suffering sister Jeanie (Jennifer Grey) who harbours a massive chip on her shoulder (well you would if you lived with Ferris, wouldn’t you), the Dean of Students Ed Rooney (Jeffrey Jones) who is onto his truancy game, and his “best friend” Cameron Frye (Alan Ruck). 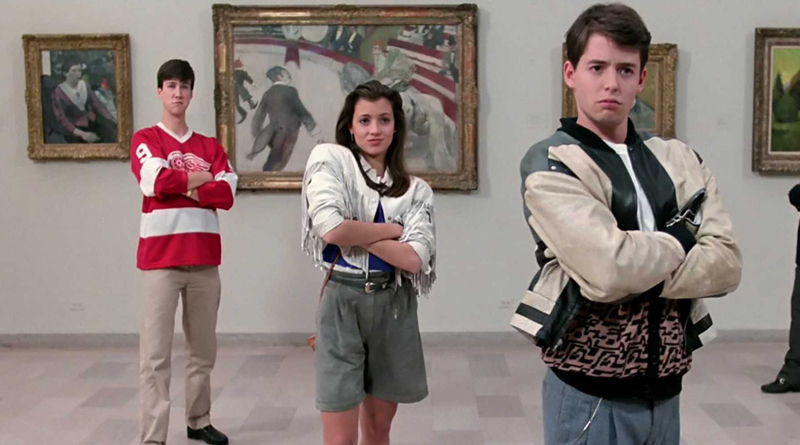 I’ll never understand how these two are friends. They are polar opposites. Ferris is everything Cameron is not.

When we meet him, Cameron is genuinely sick, sniffling in his bed. If anyone needed a day off, it’s him, not Ferris. But as is often the case with overbearing friends, Cameron is soon manipulated into providing Ferris with a car for the day and a stooge to help him get his girlfriend Sloane Peterson (Mia Sara) out of school too.

To me, Cameron, not Ferris is the true hero of the film. He’s certainly the one who goes through the greatest character development in the movie. Well, you would, wouldn’t you with some of the crap he has to put up with. It’s never specified if Cameron has mental health issues, but some form of depression and hypochondria are certainly heavily implied. What’s not implied, rather outright stated is that he is a survivor of an abusive relationship with his father. We don’t know if the unseen Morris Frye uses physical violence against his son, but what we do know is that Cameron’s issues with confidence and self-worth stem from severe emotional abuse caused by being ignored as a cruel form of punishment. 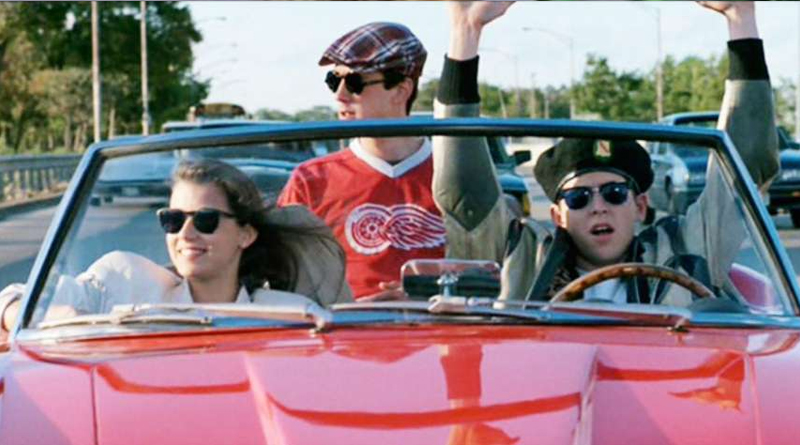 As I said, Cameron deserves the day off more than Ferris (who appears to play truant with alarming regularity). For Ferris, it’s a chance to do some cool things like go to the ball game, eat in a fancy restaurant, watch (or disrupt) the parade. For Cameron, it’s a day off from his father, and the further they get from Shermer, the more he begins to come out of his shell and enjoy himself. But even then, at the top of the Sears Tower, the furthest a human could get from the ground in 1986 without being in an aeroplane, thoughts of his abuser are still not far from his mind:

I think I see my dad… The son of a bitch is down there somewhere.

The scene which sticks in most people’s mind after watching this film, and it was certainly the case for me upon my first watch in the late 80s and again last night, is Cameron’s soul searching in the Art Institute Of Chicago. While Sloane and Ferris strike Rodin-esque poses in front of paintings to appear intelligent (but then sneak off for a quick snog in another gallery when no-one’s looking), it’s Cameron who has a life-changing experience as he stares, dumbstruck into the face of a lonely little girl in George Surat’s A Sunday on La Grande Jatte. 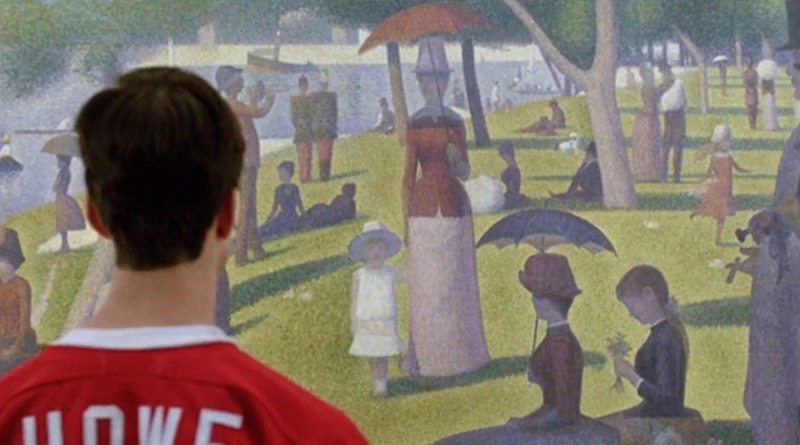 In an article for Smithsonian Magazine, Eleanor Harvey the curator of that museum spoke of the scene and the painting.

“It’s an important movie, but it’s one that ages well. I’ve seen any number of high school movies and they are painful now. You had to be in the moment in order for them to matter. This one aimed higher and it succeeded.”

She goes on to explain why Ferris Bueller’s Day Off, while pretending to be a whimsical piece of silliness is actually one of the single most important movies to watch if you want to understand the power of art and museums.

“He’s struggling to find his place and he dives into the face of that little kid. It almost brings me to tears, because he’s having a soul-wrenching, life-changing experience. When he comes out of that painting, he will not be the same… I think that absorption of diving into a picture is as though you have seen yourself looking back at you and you have dived in so deeply you cease to exist.”

For me, this is the pivotal point of the entire movie. It’s here that Cameron begins to understand who he is and what he needs to do and Harvey affirms this:

“Cameron needs to realize going through life scared is the wrong way to do it. That encounter with the painting in some weird way gives him the courage to understand that he can stand up for himself.”

Before Cameron’s story reaches its denouement, we get more scenes of Ferris doing exactly what people like Ferris do – attention-seeking before the journey home. And while Ferris’s supposed intention for his day of frolics was to cheer up his chum, his misguided attempts prove two things. Firstly, he doesn’t understand the nature of depression – just telling someone to cheer up is not a cure and probably one of the most offensive things you can say to a sufferer. And second, his insistence on taking the Ferrari is nothing but selfish. Yes, it made sense to pick up Sloane from school with it so as not to arouse suspicion, but, as Cameron actually points out, they could have then taken it home and gone to Chicago in his own, beat-up banger. 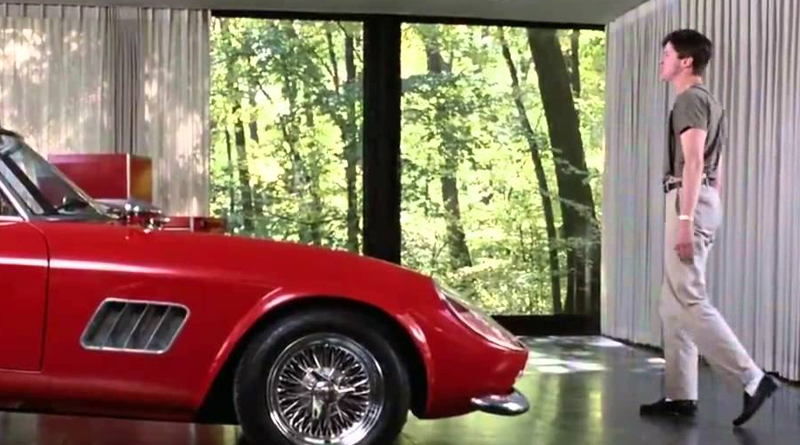 What Ferris fails to understand as he floors the accelerator and points the car down the road out of town, is that to Cameron, represents his father. Ferris totally fails to grasp that taking Cameron out in that car means his father is ever-present. All throughout the film’s Chicago section, Cameron agonises about getting the car home in time for his father not to notice. It’s only when the car’s odometer cannot be turned back to hide their mischief Cameron realises he’s going to have no choice but to discuss how his father treats him. And this opens up the floodgates. Years of neglect bubble up resulting in a damaging (more so for the car) confrontation between Cameron and the Ferrari. He’s going to have to face him – so he might as well tell him how he really feels.

The usually calm and collected Ferris watches on in shock as his friend unleashes eighteen years of pent up frustration on the car. It’s the first point in the entire film that Ferris realises he’s not in control of everything and doesn’t know what to do or say but watch on in horror. This is a wake-up call for Ferris almost as much as it is for Cameron. Did he realise his friend felt like this? Most likely not. But Ferris, being Ferris, tries to control the situation by offering to take the blame for the damage.

And we can work out how that would have ended. Ferris would have sleazed his way out of it, getting off lightly with maybe having to take on a Saturday job to pay off the damages (although it’s more than likely that he would have charmed his parents into paying for the damage). And Cameron? Well, robbed of his only real chance to have a good reason stand up to his bully, would probably have born the brunt of the punishment.

We also get parallels here with Cameron’s father and Ferris himself. Morris Frye ignores his son in favour or his car, but throughout the film we see Ferris ignore his friend in favour of the pursuit of the ultimate day of fun. Standing up to Ferris at this point is as much an act of bravery and an indication that Cameron has grown emotionally as his decision to confront his father. It’s telling that writer and director John Hughes understood who his real hero was when the film reaches its emotional conclusion in that scene and not in the remaining ten minutes or so as Ferris frantically races to get home before his parents find out what he’s been up to. 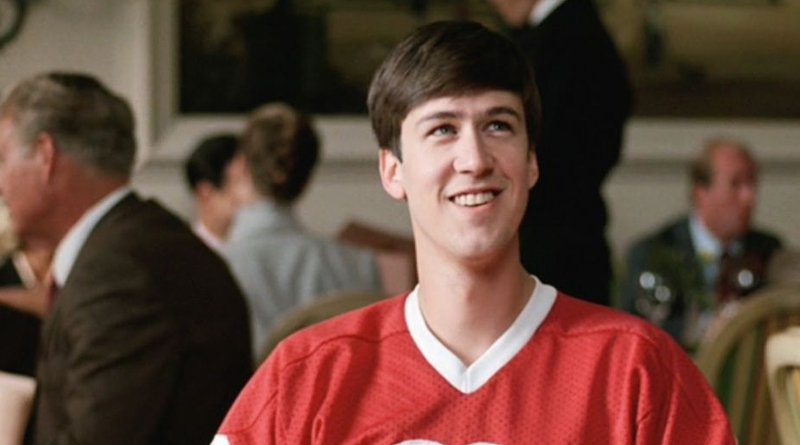 While Ferris remains pretty much the same character he has been from the start right up to the fourth wall breaking post-credits scene, it’s most definitely Cameron who provides this movie with its heart. He doesn’t coast through life on the hard work of others. He doesn’t get away with things. But most importantly, he recognises and accepts his flaws and takes responsibility for his actions.

Join us again next week in a special #80sMC supporting #BlackLivesMatter as Paul takes a look at one of the decade’s most critically acclaimed movies with 1989’s Do The Right Thing. 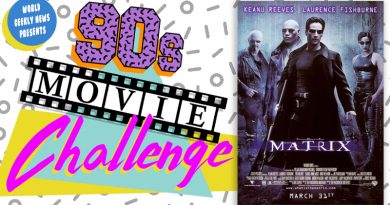 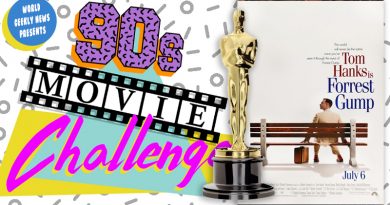