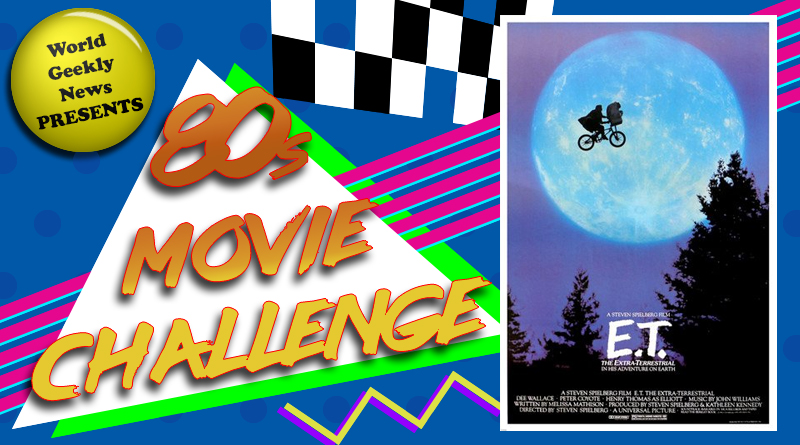 It’s #80sMC time again and Paul remembers the adventures of a little fellow who captured everyone’s hearts in 1982 – shortly before he buggered off home, the ingrate! Yes, it’s E.T. The Extra-Terrestrial!

First off, let’s get the Alien in the Room out of the way. Yes, the full title of Steven Spielberg’s masterpiece is E.T. The Extra-Terrestrial, but I’ll be honest; I really can’t be doing with typing E.T. The Extra-Terrestrial out each time I want to refer to the film, so I’ll just be calling it by its more popular (if somewhat lazy) moniker, E.T. (I’m not so lazy that I’ll leave out the periods).

I was just a few weeks off turning eight when E.T. came out in the UK. By the time it appeared in cinemas the hype machine was in full flow. You could not move for E.T. The little blighter was everywhere. It’s easy to forget these days just how massively influential the diminutive space-chap was. It started the entire “Unsupervised Kids As Heroes” genre, inspiring the likes of The Goonies, Stephen King’s novel IT, Eerie Indiana, Stranger Things, Super 8 and even earlier seasons of Buffy The Vampire Slayer. The famous silhouette scene itself has been lampooned and homaged countless times – Last Action Hero, Naked Gun 2½, Wild Wild West, Batman and Aladdin being just a few of the more high-profile examples. It’s fascinating then that one of Spielberg’s most iconic shots is itself inspired by a scene in a favourite film from his childhood – Vittorio Di Sica’s 1951 fantasy Miracle In Milan. 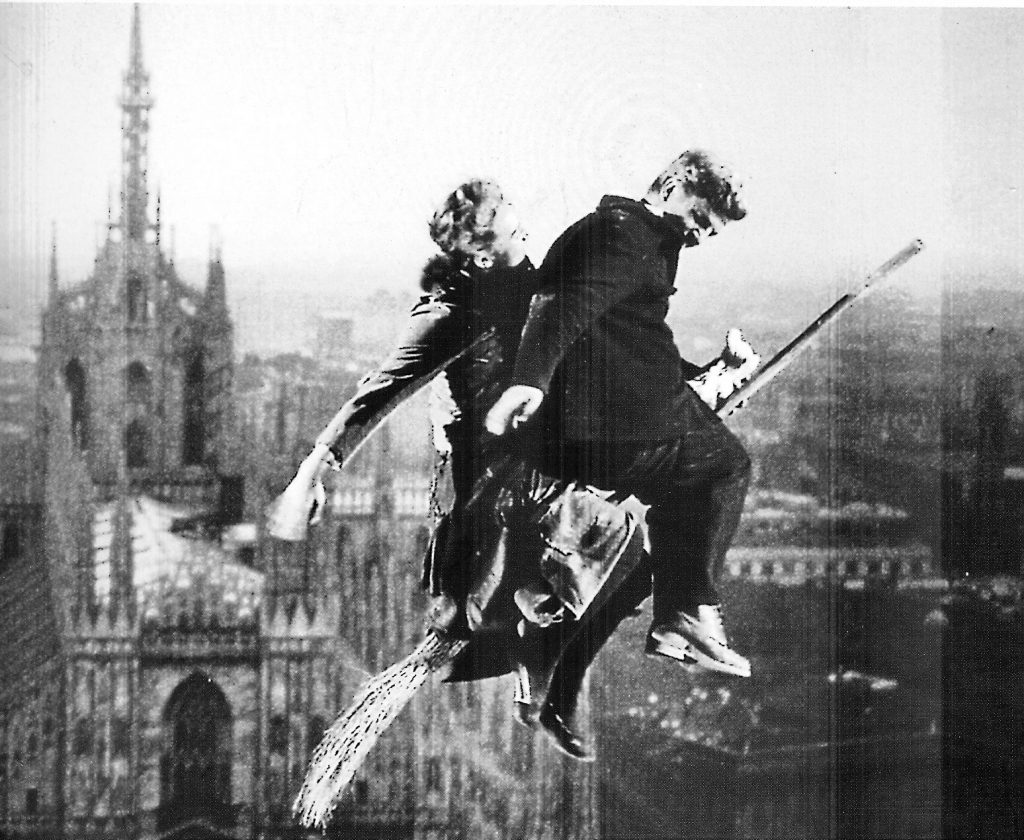 E.T. was the biggest movie in the worldwide box office since Star Wars in 1977, taking not only the top spot for the year in 1982, but also overall for the entire decade. It would remain the undisputed champion at the box office for eleven years until Jurassic Park dethroned it. When adjusted for inflation E.T. sits at number 7 in the all-time most successful movies. It wasn’t my first film at the cinema – no that accolade goes to Disney’s The Rescuers, and I was no stranger to the blockbuster by this point, as my mum had taken me to see The Empire Strikes Back, but it was the first time I recall having to queue round the block to get into a showing (these were the days before you could book a seat in advance and just had to turn up and hope for the best). The hype was gigantic. Everyone wanted a piece of E.T. 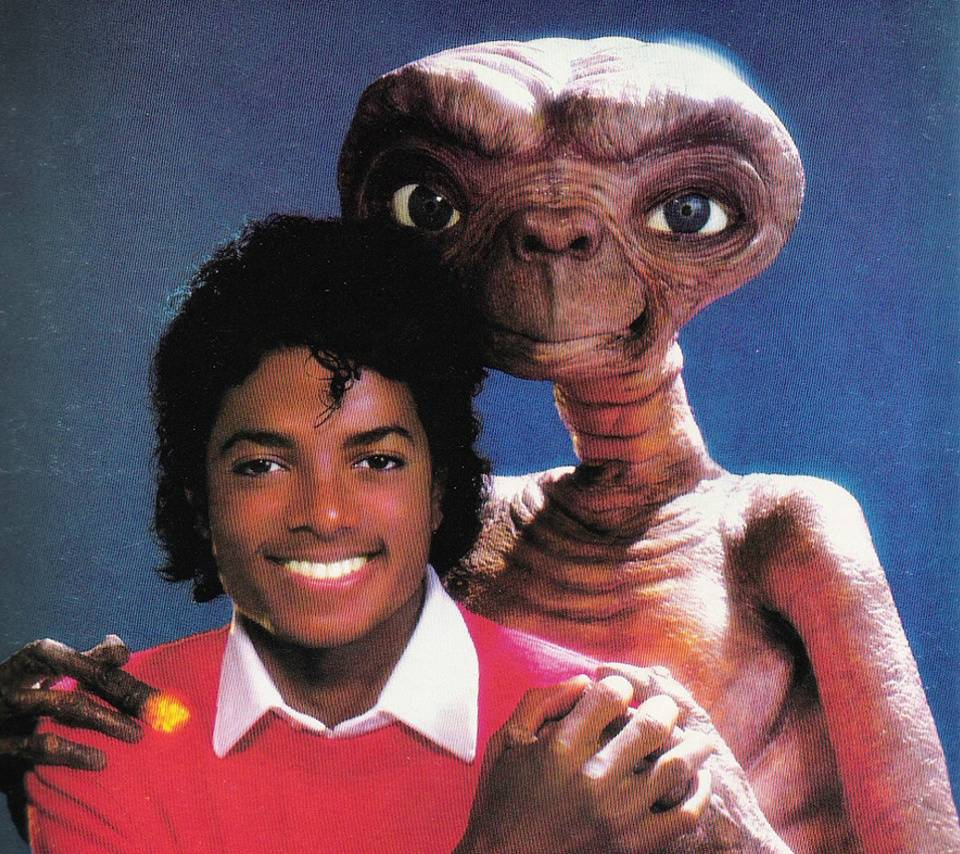 However, the casting of the child actors was just as important to Spielberg as the look of the alien. Henry Thomas was a newcomer to acting, having only a small role in one movie prior to E.T. (Raggedy Man), but he impressed Spielberg and casting directors with his emotional range. At his audition for Elliot, he was asked to cry on command so he drew upon a traumatic experience of seeing his dog being injured.

Drew Barrymore also made her second movie appearance in E.T., having previously had a minor part in Altered States. She was asked to audition for the part of Gerty after she failed in her bid to win the part of Carol Anne Freeling in Poltergeist. Tobe Hooper had not been present at that day’s casting calls, but producer Spielberg had been and he felt that Barrymore’s imagination made her a better fit for another film he was about to begin filming.

Completing the triumvirate of child stars was Robert MacNaughton who played Elliot’s older brother Mike, who got the part through quite different means. Screenwriter Melissa Mathison was a big fan of playing Dungeons & Dragons and had written a scene involving the game at that start of the film, not to mention referencing it throughout the film. So when MacNaughton listed D&D as a hobby in his audition, Spielberg felt that he would be a good fit for the part. 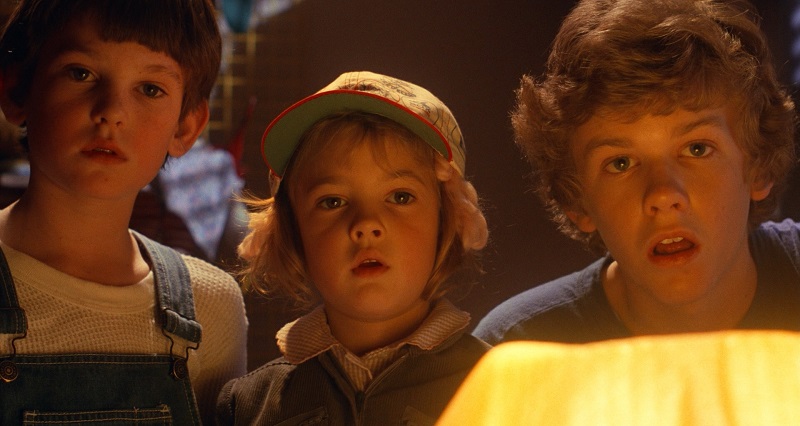 Mathison’s then-husband at the time, Harrison Ford, also secured a voice-only cameo part as Elliot’s headmaster. The scene involved our hero getting a gentle ticking off for releasing the frogs in the dissection scene. The scene was actually shot, but Spielberg ultimately cut if from the film as he felt Ford’s distinctive voice and massive worldwide fame (he had recently made Blade Runner, Raiders of the Lost Ark and the first two Star Wars films) would take focus from the scene.

When production began the film was known as A Boy’s Life but that wasn’t the first title. E.T. began life soon after Spielberg had finished work on Close Encounters of the Third Kind. Originally intended as a kind of spin-off or sequel to his first contact movie, Night Skies was commissioned by Spielberg as a counterpoint to Close Encounters – what if the alien visitors were not friendly this time. Spielberg felt that John Sayles’ script was too dark for him so he asked Mathison to combine his favourite parts from Night Skies with another idea he had been working on – a very personal account of a child growing up in the shadow of his parents’ divorce, which developed into a story of an alien friend helping the boy cope. Spielberg later took the darker aspects of Night Skies and worked them into Poltergeist.

Poltergeist and E.T. were briefly filming at the same time (E.T. was drawing to a close just as Poltergeist was beginning) in the neighbouring towns of San Fernando Valley and Simi Valley and the cast and crew would often meet up and socialise together – especially the younger cast members. 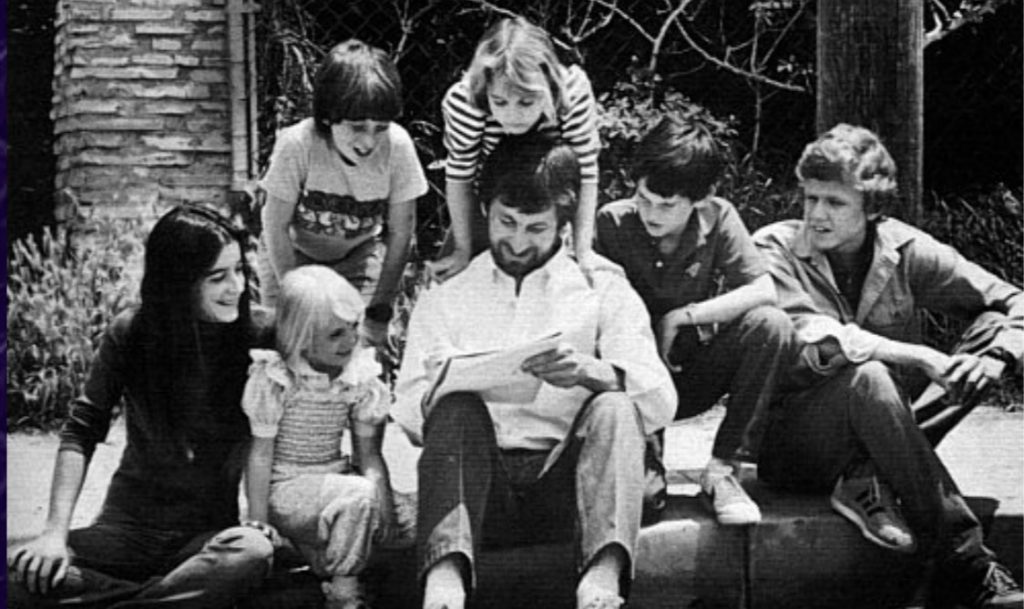 When it was just out at cinemas, I remember hearing that E.T. was making grown men cry – so in the car on the way home from our family trip to see the film, I asked my Dad if it was true. Not in his case, it turned out. And I have to admit, it doesn’t nor has it ever had that effect on me either. However, I do have a soft spot for the little fella and that’s largely down to effects designer Carlo Rambaldi. His animatronics really do bring E.T. to life. He won the Academy Award for Best Visual Effects for E.T., and had previously won one for bringing H.R. Giger’s xenomorph design to life in Alien.

When I turned eight in January 1983 E.T. was everywhere! He was used in advertising, and any product you could put his face on, they did. That Christmas my brothers and I all received numerous E.T. toys – including a pull-back-and-go bicycle and “stunt” spaceship but what I really wanted was not even a licensed E.T. product – in fact, I suspect many-a-kid that year yearned for Texas Instrument’s educational tool, the Speak & Spell. I didn’t get one, but when my birthday came around a couple of weeks later and my parents gave me their gift, I worked out from the size of the box what was inside. I tore off the paper excitedly and saw the Texas Instruments logo.

Yes! This is it! I thought to myself. And then I finished unwrapping it. What on Earth!? It was grey, not orange! And then I read the title at the top of the box.

I’m ashamed to say that, as we say in the UK, I threw a major wobbler. I absolutely DIDN’T want it! I wanted to spell words, not solve sums! I wanted to phone home, not improve my numeracy skills! I slammed it down on the table and stormed off, saying I didn’t want it. After a few hours in my room sulking, I began to feel guilty so I skulked back into the lounge, said I was sorry, and took the blasted item up to my room to play with it.

Annoyingly, I liked it.

Both my brothers have their birthdays in the nine days after mine, and it was during our shared birthday party that I realised why my parents hadn’t got me a Speak & Spell – of course, they’d got one for my brothers to share. Before I hit my teens and got my own bedroom, we shared a room and the third bedroom in the house was a playroom where all our toys went – meaning that pretty much everything was shared. Oh boy, did I feel even more guilty.

And it turned out that the Maths was far more engaging to my sophisticated eight-year-old mind. More guilt!

So, going back to that birthday party; we were each allowed to invite three friends. One of the friends I invited was Grant who lived down my street. And his present to me was an E.T. action figure, complete with extending neck and a little Speak & Spell. E.T. soon became one of our gang of toys, enjoying adventures with Luke & Han, the soldiers from Action Force and many more.

I loved that little toy and was gutted when his arm fell off. So, to end on, I’d like to share a photo of a little something I recently found on eBay and just had to buy. He currently sits on my desk at work and I couldn’t be happier that E.T. has finally come home… 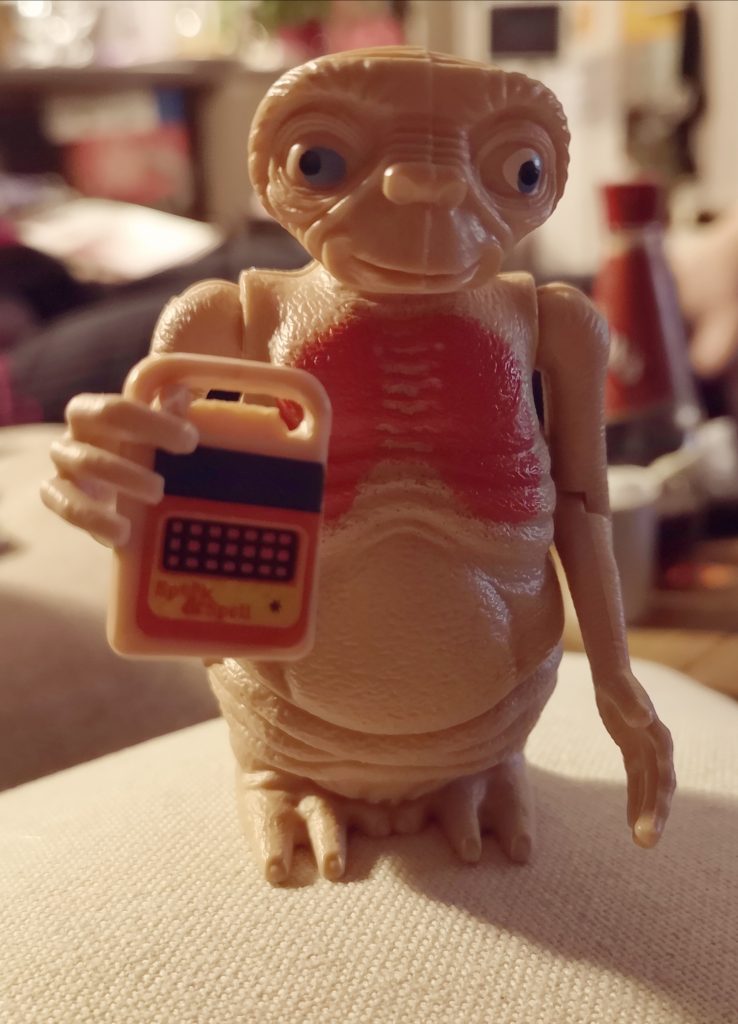 Next week, as the little man said, “We’ll be right here”, and we take a trip to Toon Town as Chris Lupton revisits a revolutionary piece of filmmaking in 1989’s Who Framed Roger Rabbit. 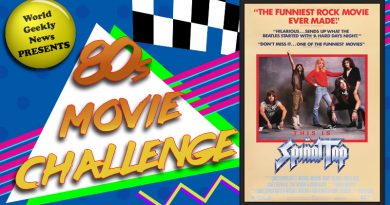