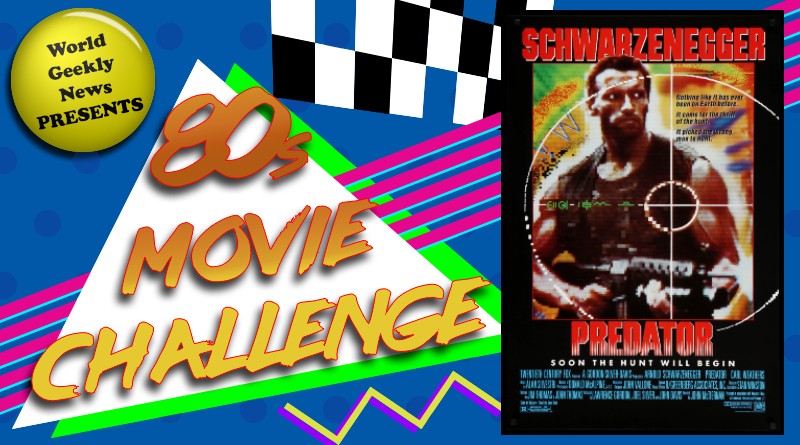 We said we’d be back, and we are! Just like our hero in this week’s #80sMC. The newest member of the WGN gang, Chris Lupton heads to the jungles of South America to have a look at one of Arnie’s most well-loved action-adventures… 1987’s Predator!

It’s been about 25 years since I last saw this film, and 30 seconds in I can’t even recall the opening shot of a sleek looking alien spacecraft swooping into orbit over Earth. This will be interesting.

My memory of Predator, possibly not unlike many genre fans, is a ragtag of pop culture memes (“Get to the chopper” and “Do it! Do it now!”) mingled with spin-off related tie-ins and terrible sequels. In fact, I frequently confuse scenes from this 1987 epic with another jungle-based Schwarzenegger classic, Commando (directed by Mark Lester, not the Mark Lester from Oliver! The Musical).

I’m not going to run through a scene by scene commentary of the film; you’re probably here because you’ve seen and loved this true classic in the past, and you’re looking for insight and secrets. Unfortunately, I can’t provide you with any behind the scenes tidbits, but what I can do is give you my keen eye as a returning observer, as we watch Arnold Schwarzenegger climb out of the famous chopper (the one of “Get to the Chopper!” fame), chewing hard on a fat Cuban, evoking everything cliched about 80s films (little do I recall there’s much, much more of that to come). 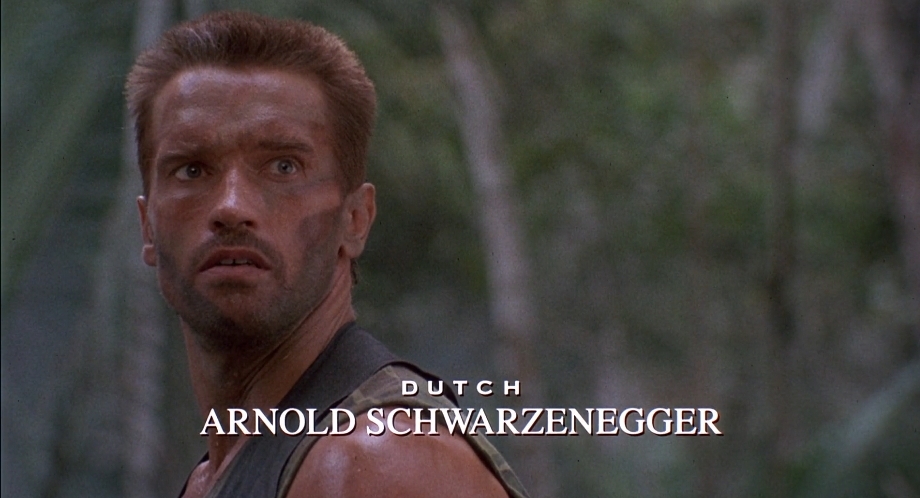 That’s one of the joys, though, of returning to old classics like this; savouring the timelessness of the genre itself. Here we’ve got Arnie, the definitive action star of the silver screen, slapping muscles with Carl Weathers in a display of 80s action awesomeness. It’s enough to spontaneously combust a blonde mullet and rippling muscles.

Predator is a relatively straight forward plot; a group of mercenaries led by Major Dutch Schaefer (Arnold Schwarzenegger) are led into enemy territory to do something frightfully heroic (what that is for the purpose of this review isn’t relevant, suffice to say it’s not intended to include being picked off by a tribal hunter from another galaxy).

Dutch’s team is like a who’s who of 80’s action hero tropes. You’ve got the redneck, the underdog, the boss, the hero, the bad-ass native American, the one who looks like he really shouldn’t be there – they’re all there, ready to kick ass and chew gum. With each character comes a plethora of fantastically delivered lines (“Stick around”, “Knock knock” etc) that can only be expected from an 80s action classic, and I mean that with sincerity and not cynicism. It’s what makes Predator so successful, in that it adheres to the standard action mechanisms, but throws a horror twist into the mix, something Alien (Ridley Scott) did so fantastically well. It’s no surprise later instalments bunched these 2 franchises together, although Predator does do things a little more on the nose. 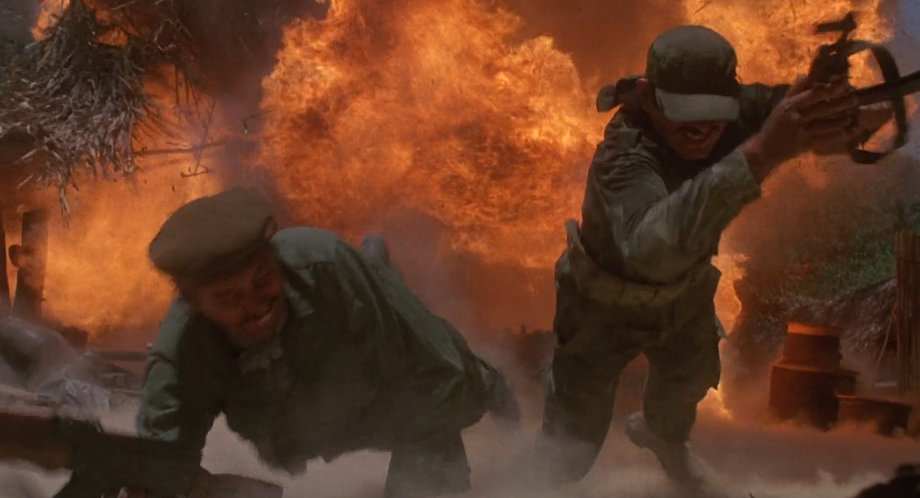 Structurally, Predator plays out in 3 acts, almost like it’s intended to cater to a slightly wider audience than your Star Wars and Ghostbusters cinemagoers of the sci-fi genre. We have your typical, post-Vietnam jungle warfare action flick for the older generation, followed by an 80s slasher inspired horror segment where each member of Dutch’s team are picked off one by one from an unseen force for the teens and young adults (“She says the jungle… it just came alive and took him…”), and finally the solo Arnie action flick for fans of everything in between; the man, the muscles, the quotes (“You’re one ugly mother – “).

Perhaps its this mix of structures that makes things play out so well? The story never losing pace, the action never wavering. One moment, you feel like you’re gaining an understanding of these characters and their traits, their bonds between each other (the bromance between Mac and Blaine), and then next – it’s like a sequence lifted from Jaws; the villain of the piece closing in with the viewers being granted a first-person perspective as it swoops in on its prey with a bloody payoff. 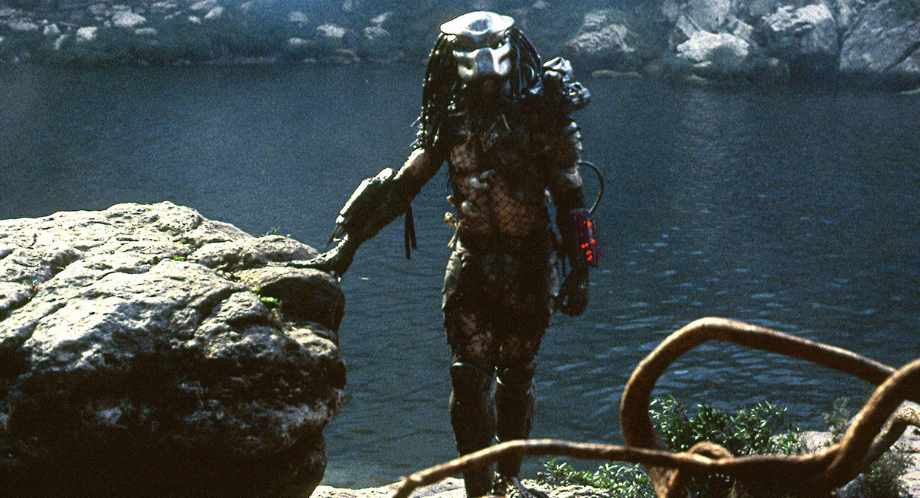 Let’s also talk about the use of visuals, shall we? Predator doesn’t shy away from the fact that we’re dealing with an otherworldly visitor here; heck, as mentioned at the start of this review, the forgotten opening shot of an organic-looking spaceship coming in for a flyby of Earth is a stunning piece of model work in an age where CGI still hadn’t really quite taken off.

That being said, the use of late 80s computer graphics to visualise the Predator’s ‘invisibility’ through advanced camouflage tech is quite unnerving at times. It looks just about jarring enough for it to be completely conceivable as a practical effect. Intersperse these longshots of the creature stalking its prey from afar with heat camera-based visuals, and you’re working with a set of design themes distinct enough to make a mark.

In fact, ask anyone who’s seen Predator what key visual aspect they remember from the film, and I’d put money on them saying the Predator’s heat vision (that or the chopper, you know the one, of “Get to the chopper!” fame…). 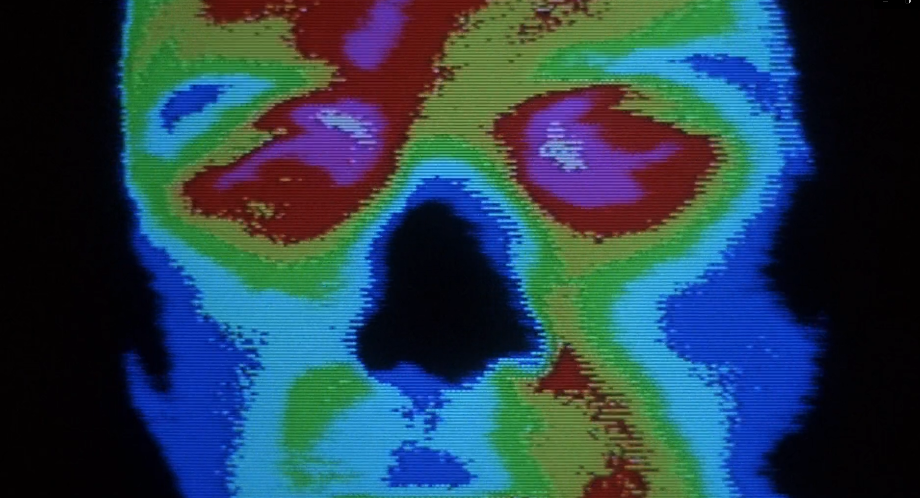 In summary, Predator is a staple part of the 80’s horror-action genre. An essential part of the Schwarzenegger catalogue, it works well enough to be completely enthralling and rewatchable in today’s age of fancy visuals and twisting plots. There are no expectations that the viewer needs to pay copious amounts of attention and can still be rewarded with lots of large explosions, fancy dialogue and gory visuals.

It’s just a shame that none of its sequels could truly live up to its stature, which in some respects is good because it makes Predator stand out from the crowd. If you’ve not seen it recently (or before, heathen), rewind your VHS, kick back and enjoy 1 hour and 47 minutes of elegant, gory, 80s action. I know I did.

Thanks Chris! Your work is done so now Get To The… you know the rest! Next week we stick with the muscular antics as Paul Childs asks Arnie’s mate Sly the question, who drew First Blood (1982)? 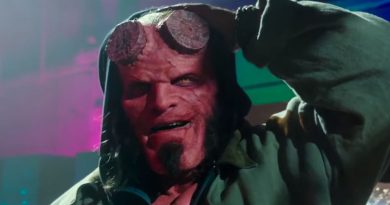