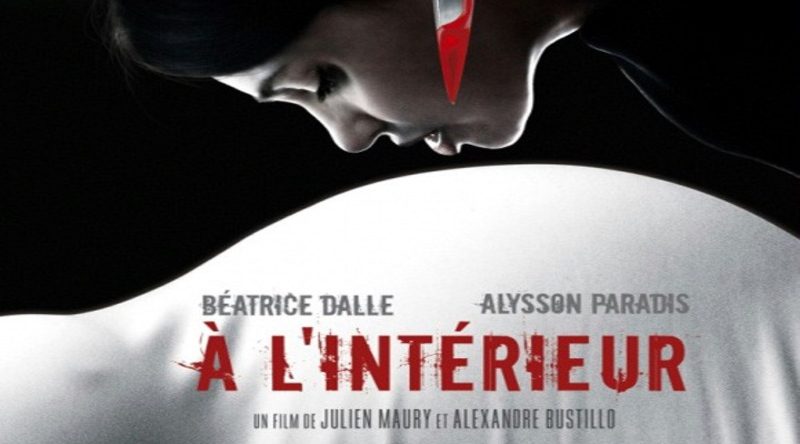 First off, a little bit of an apology from our Editor:

This should have gone out on Monday, but for some odd reason (I forgot to press the Schedule button) it didn’t go live. On top of that, there’s the absence of day 22’s film, which I was supposed to do yesterday but didn’t because I was off sick. My apologies readers, so today we’ll have a whole bunch to read!

Anyway, enough about me and my inability to juggle more than two things at once – have a read of Aaron’s write up!

During the early 00’s there was a seeming revival of horror films coming out of France and being critically raved about overseas. Films such as Trouble Everyday and Haute Tension receiving great acclaim. The revival was sort of named ‘New French Extremity’ with each of the films generally sharing a brutal unflinching look at violence and sex as key parts of the story.

In 2007 a dark, fairly nihilistic film called ‘À l’intérieur’ was released directed by Julien Maury and Alexandre Bustillo which was pretty fondly received. It later spawned an American remake. Having watched the remake recently and being left with a sour taste in my mouth, I thought why not go back to the grisly original that I remember for not pulling any punches or copping out at the end.

The film begins with a harsh brutal car crash which you could say starts the downward spiral of darkness and depression the main character Sarah suffers from in the film. Pregnant and all alone she is making preparations to deliver her baby when out of the blue she gets a visit from a lady asking to use her phone. Sarah turns this lady away but quickly realises that’s not the last she’ll see of her. The lady breaks in, declares the baby will be hers and then spends the rest of the film trying to get the child out of Sarah.

There are some big twists as the film drives forward at a fast pace all of which work beautifully. The film is so incredibly dark in tone, with little to no humour and it’s refreshing because of this. I feel too often in horror we know what’s going to happen, but here anything goes. The main piece is about two characters and it is phenomenally well-acted. The script and direction are pin-sharp with constant tension throughout. The is little let up and when it does happen, it is generally shattered soon after. It is a genuinely scary film in the fact you truly are scared for Sarah and her unborn child. Its a masterclass in how to create tension in a small location.

The violence in the film is horrific and brutal while being deliberate and in place for the plot. It all feels very real with characters taking realistic injuries. The big baddie in the film isn’t a monster or ghost, she’s a normal person hellbent on getting the child.  It’s also interesting that the antagonist is another’s female as 9 times out of 10 it’s a male trying to kill the heroine. It’s a nice change and one that really makes the film stand out. As an audience, it makes us more intrigued into what motives the lady has.

It’s a fascinating film and incredibly harrowing to watch. I love this film so much and feel it is a breath of fresh air in the horror genre. There are so few films that handle a subject matter like this so well and in a way that makes you think hard after they are finished.

This is what you call a near-perfect execution of a simple, yet truly engaging idea. I love the film and can see why I remembered little parts for such a long time. I give this my wholehearted recommendation (but don’t watch the remake.) 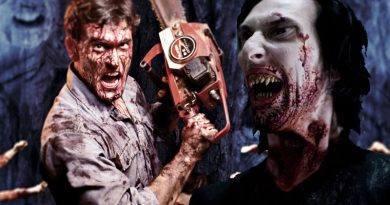