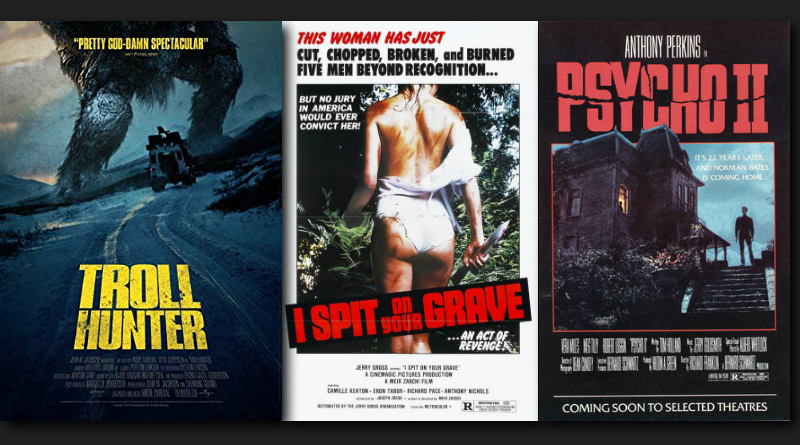 A double hit tonight of foreign language AND found footage because last night I ventured to Scandinavia.

Birthplace of the paperclip, a-Ha, the open sandwich, Vikings and Roald Dahl! Home to the fjords, Helly Hansen outdoor wear, and, apparently, lots and lots of trolls. No, not those fuzzy little things you put on the fridge and that chap out of *NSYNC sings about – big, butt-ugly, beasts of legend which would bite your legs off soon as look at you!

Obviously, the found footage nature of the film draws an instant comparison with The Blair Witch Project, but the similarities don’t end with the format. We get a similar disclaimer at the start saying “We found a hard drive – here’s what was on it”, an ending which leaves the fate of the protagonists open to interpretation, and LOTS of running through forests at night.

However, where Troll Hunter and TBWP part ways is that, fairly early on, we get to see the subject of the movie. In quite a lot of detail. And the effects work, especially given the nature of the film is impressive. Where TBWP relied on suggestion and sound and not much more, TH revels in the monsters while also using suggestion and sound to really rather terrifying effect. In TBWP it’s scary because you don’t know what they’re being chased by, but here it’s scary because you’ve seen what they’re being chased by!

And there’s a quite a sombre environmental message too. You see the pain in the eyes of the titular hunter every time he has to catch and kill one of the animals (and they are portrayed as nothing more than wild animals). It’s nothing more than population control, like deer or badgers (don’t get me started on badger culls) to protect folks from them (and them from folks). But when they are on screen, the trolls are quite a sight to see, in all their different breeds – especially the Mountain Kings who are just utterly terrifying!

It’s a fun, scary and ultimately quite moving monster flick!

There are numerous films about people getting revenge on their torturers but I Spit On Your Grave really is one of the great-granddaddies (or grandmothers) of that kind of sub-genre.

The basic plot follows Jennifer, an aspiring writer, who travels to the quietness of a riverside cottage to write her novel. While there she is brutally attacked and raped. She is then raped a further 2 times, each more violent than the last, before being left for dead. She survives and recovers, but the attack and the rapists still haunt her mind. So she decides to get revenge by humiliating and killing each in violent ways.

It was one of the video nasties for a reason. It’s violent, graphic and it’s grittily real. While there is a lot of it, the film doesn’t condone or glorify these acts of violence. If anything it shows the shocking results of these acts. The camera lingers slightly longer than expected for you to sink in what we are seeing.

Camille Newton is amazing in the lead role, being vulnerable in the beginning, but strong in the end. Her transformation works so well and you really feel you are with her throughout. The film could have easily focused on the shock factor, but instead, it focuses on strength and power through revenge (Not that revenge is a good thing).

The horror on show is not make-believe monsters and ghouls, it’s the horror of the evil within people.

It’s a stunning film and one that dwells with you a long time after viewing.

Our resident YouTuber goes back to where it all began with the follow-up to THE original slasher film.

You’ll see. You’ll see and You’ll know, and you’ll say, “Why, he wouldn’t even harm a fly”. (That’s enough of that creepy behaviour, Ed).

Er… yes, sorry about that! Watch his video below! 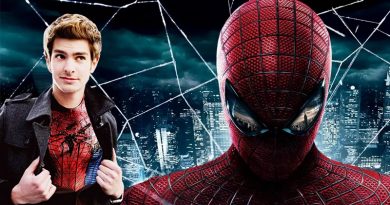