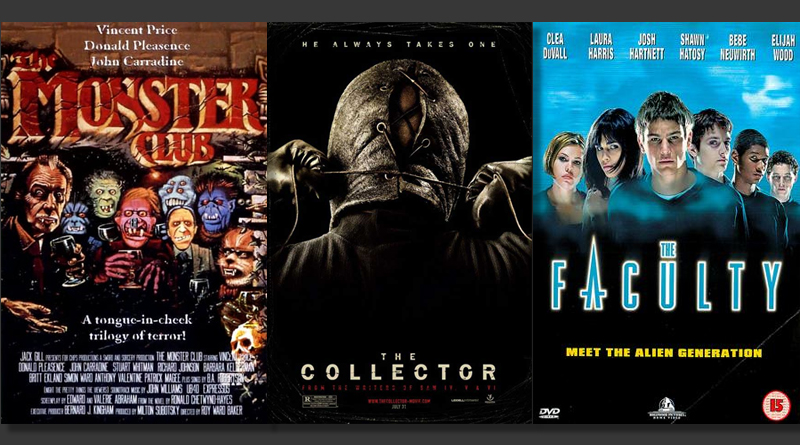 Continuing to repair the damage to the list my mix up with DVDs has done, I watched the film I should have seen on Day 19 – and it has led to quite a spooky, bizarre coincidence. Last year on the challenge I was staying at my mother-in-law’s house on one of the nights. So that I wouldn’t fall behind I loaded that night’s film onto my iPad and watched it in bed. That film was a colourful three-part anthology film (Mario Bava’s Black Sabbath), as suggested by Grumpy Andrew. So for night 20, I found myself at my mother-in-law’s house again, watching a film on my laptop in bed – a film which is a colourful three-part anthology suggested by Grumpy Andrew.

In his video about how he likes to celebrate Halloween, Andrew said that The Monster Club was the closest a film could come to a Halloween party, and he intended to make it a new tradition to watch it every year on the 31st. I didn’t really understand what he meant until I watched it. The Monster Club isn’t so much a film as a short season of Hammer House Of Horror or Tales Of The Unexpected crossed with an early 80s episode of Top Of The Pops. I’ll try to explain without giving too much away – there are three relatively fun, not really too scary tales, some more humorous/romantic/tragic than others, each lasting about 20 to 25 minutes. Then there is a linking narrative between each short, where we follow a discussion between Eramus, a friendly vampire (played by Vincent Price), and the real-life horror writer of the book The Monster Club R. Chetwynd-Hayes (John Carradine).

In exchange for providing some blood to the dying vamp, the author is invited to a secret nightclub for supernatural creatures to inspire him to write more scary stories. The three short films are “true” stories related to Chetwynd-Hayes by Eramus. In amongst all that are musical performances in the nightclub – full 3-4 minute songs – in which nothing happens but the band playing and various monsters dancing. It’s just bizarre – my initial reaction that I was watching a scary episode of The Young Ones! Of all three stories, I think the third, The Ghouls, was by far the best (also the scariest).

If you’re looking for something very different from the usual Halloween fayre, something quirky, fun and a little creepy then you should check out The Monster Club.

From Marcus Dunstan, the writer of Saw IV-VI comes an electrifying horror directing debut in the form of The Collector.

A thief called Arkin gets stuck inside a house filled with traps and has to escape. All the while a killer tortures the family whose home it is. Can he remain unknown to the killer or will he become a victim also?

The Collector carries across a lot of the same elements Dunstan brought to the Saw franchise and it glows with greatness. It’s a simple plot but very cleverly crafted as it’s essentially a home invasion film in reverse. The grim polish to the film looks brilliant and gives the film a beautiful yet disturbing charm. The house itself feels menacing with danger being around any corner.

Josh Stewart who plays Arkin is amazing and is endlessly watchable. He expresses so much emotion through his eyes and is believable in the role. I love the fact Arkin is a thief. He’s a criminal but we still root for him. They semi try to justify his thievery but they never make him out to be a great person. Most of them seem morally grey apart from the Collector himself who is pure evil. He wears jet black, has dark eyes and commits acts if evil. Pretty sure he’s just straight up bad.

It’s a clever move not letting us know anything about the Collector; No background. No motive. No face. It makes the character even scarier as you can’t get a read on him at all.

The film does have some brutal violence but as he did with Saw, Dunstan focuses as much, if not more on telling us a story and taking us on a character’s journey. He really shines as a filmmaker with a honed perfection in what he does. The pacing is spot on and flows beautifully towards a clever and great ending.

This is a hidden gem that not enough people seem to know about. Along with its sequel ‘The Collection’ I’d say it’s a brilliant horror film and just a great film in general.

Our resident YouTuber takes us back to the teen-drama boon of the late 90s for Robert Rodriguez’s loose remake of Body Snatchers, The Faculty. 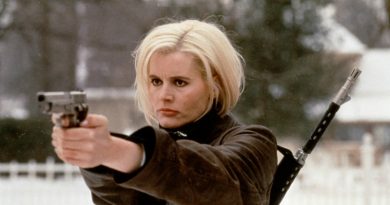 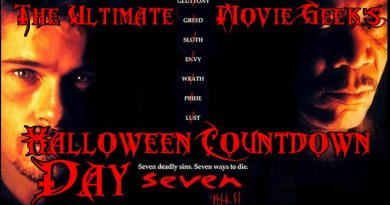 One thought on “31 Days Of Horror Movie Challenge: Day 20”