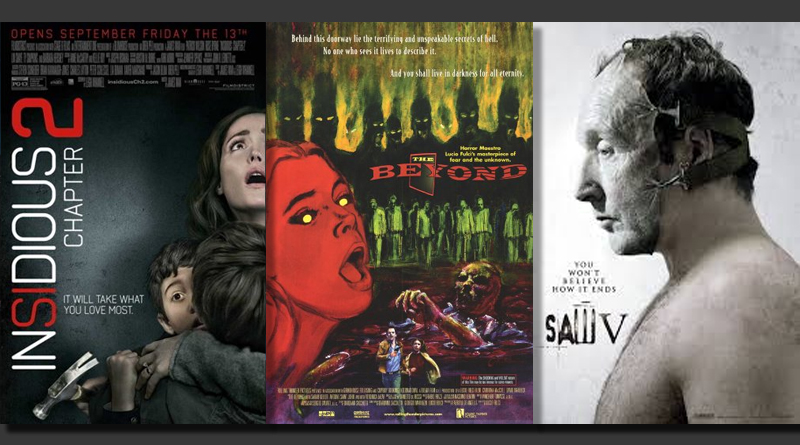 In a change to last night’s published movie (read: I accidentally put the wrong disc on and couldn’t be bothered to change it), instead of a light-hearted anthology romp, I found myself thrust into the very mouth of the entrance to hell. So, what can I say about Lucio Fulci’s The Beyond? Well, first, it’s definitely Italian. Even though it’s set and filmed entirely in America you can just tell. There’s a feeling that Fulci, Bava, Argento and their chums can somehow capture that few non-Italians have managed to emulate. Except maybe the makers of Garth Marenghi’s Darkplace.

You think I say that in jest, but the final act of The Beyond is quite clearly a major influence on the spoof comedy show. There’s a moment where one of our heroes, a doctor (who already looks and sounds quite a lot like Doctor Lucien Sanchez) suddenly pulls a piece from his office desk. Just like Garth Marenghi and his colleagues, it seems that the staff of this hospital are all packing heat in the event of a supernatural invasion! And just like Sanch, Dagless and Reed, Dr John McCabe expends much more ammo than there is room for in his humble six-shooter. I was sat, screaming at the TV, “SHOOT THEM IN THE HEAD!!” as he emptied clip after clip into advancing zombies’ torsos. 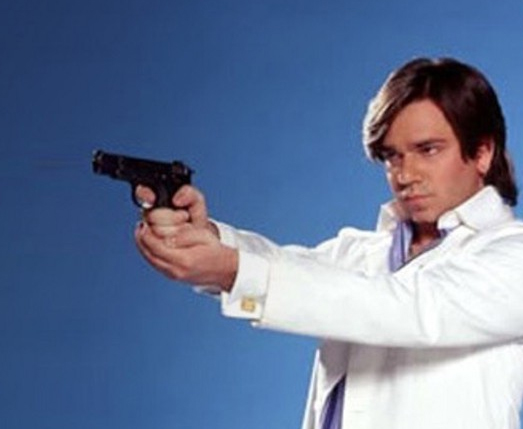 The Darkplace comparisons don’t end there. For starters there’s the subject matter – Darkplace was a hospital sitting over the entrance to hell, in this, it’s a hotel (although as I have already said, it ends in a hospital). And of course, there’s the excessive gore which is so over the top you kind of become immune to it. Fulci’s films always contain some really quite decent effects work and The Beyond is no exception, although he did have a rather unhealthy obsession with bursting eyeballs. There are some utterly gruesome deaths here but some of them are also just funny (one death involving a stray bullet and a glass door made me laugh out loud).

That’s not to say it’s a bad film. As I said, the effects are exquisite in places and the music (by frequent Fulci collaborator Fabio Frizzi) is incredible. For me, the score makes the film. Often the bad acting and crazy make-up effects threaten to undermine the serious tone, but the score brings it right back. Fabulous stuff.

And then there’s the ending. Bleak, bleak, bleak. After the unintentionally hilarious hospital sequence, it’s like a gut punch. The closest comparison I can think of is when Terminator 3 finally, far too late, became the Terminator sequel we needed (but not the one we deserved) in closing moments minutes.

If you’re thinking of watching this, I can’t impress on you enough the level of gore – it’s not for someone with a weak constitution. It seems laughable now but, like many Italian horror films, The Beyond was included on the 1983 Video Nasties list.

For me, part 5  works the best of the series both as a stand-alone and when looked at as part of the wider story. The film is split between brutal games and a really well-written detective story with one of the smartest movie detectives who is actually good at his job. He knows who the killer is from the get-go and he’s gonna try to catch him.

It does help with character development if you have at least seen Saw IV as that introduces the main detectives in part V. I guess you can split the series into 3 acts 1-3, 4-5 and 6-7 (the less said about the reboot/ prequel/sequel the better).

The traps in this one are great and feel more grounded in reality than some of the entries but the focus here is definitely more on the cat and mouse game between detective Strahm and the killer. It’s probably better that it’s this way round as we get to experience more of the story.

The direction is brilliant and the acting, for the most part, is truly great. It’s a much more adult horror film then a lot of the juvenile horror pumped out in recent years (even if it is now 10 years old). The cinematography and set design is stunning and beautifully carries the aesthetic that the series is known for through the entire film.

Overall Saw V is a cleverly written and smartly made film which I wholeheartedly recommend. In fact, I recommend the entire 1-7 series as it’s one of the best and most precisely crafted franchises in cinema. It’s just a shame many have already decided they dislike them without ever having viewed them.

In another break from the advertised film (I think someone’s Freddy DVD still didn’t turn up) our resident YouTuber checks out 2013’s Insidious 2. Watch his video review below: 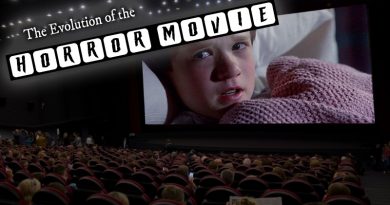