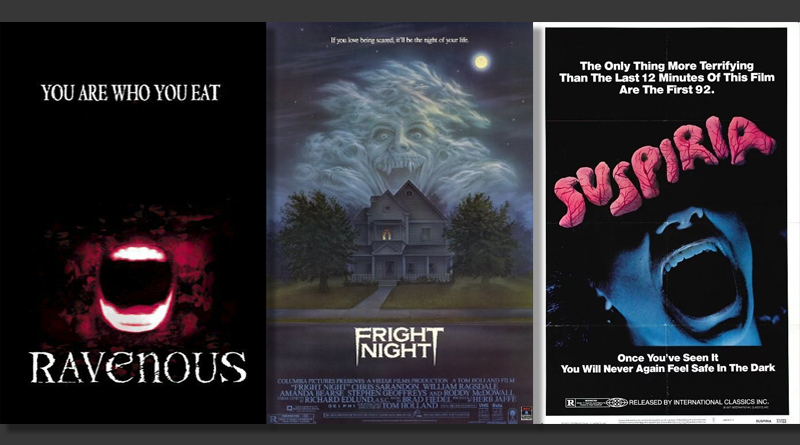 I remember buying a film magazine in early 1999, probably Empire, and it came with a CD-ROM full of the latest trailers for the summer blockbusters. It definitely had trailers for Wild Wild West and Deep Blue Sea and beyond that, I don’t really remember much else – except Ravenous. A film which, from the trailer alone, has stuck in my mind for almost 20 years.

And I’ve not heard anything about this movie since then, so I decided to give it a go, as I always thought that trailer looking quite scary. By pure coincidence, it came a day after Brotherhood of the Wolf, a film with which it shares a few similarities. Both are quite violent, gritty period dramas and both attempt to give possible explanations to a true-life mystery. Ravenous is loosely inspired by the accounts of the Donner Party and Alferd Packer – both of which featured stories of cannibalism.

A few things surprised me about this movie. Firstly, while just as gory as I expected, it was also a lot funnier. There were quite a few laugh-out-loud moments, which really helped with the brutal nature of the film. Secondly, the trailer doesn’t convey this well, but elements of fantasy and the supernatural begin to creep in until, by the end, they are the norm. And thirdly, the superb score by Michael Nyman and Blur’s Damon Albarn – in many ways the music elevates this film, giving it a really authentic frontier feeling and heightening the tension.

I’m glad I remembered it for my 31 Days challenge – I certainly won’t forget it in a hurry!

I remember seeing Suspiria when I was in my early teens and it terrified me as much as it intrigued me. Watching it again now, I still get the tingling down my spine and the lingering dread that emanates from every frame of this masterpiece.

For me it perfectly sums up the Giallo sub-genre, expertly showing a deep understanding of psychological horror and fear. It shows madness in a way, unlike any other film I’ve watched and does so slowly, allowing it to grow and build almost naturally. Suzy’s descent into what if a waking nightmare is bold and frightening.

The score by Goblin is absolutely stunning and echoes the haunting, hallucinogenic visuals perfectly. It’s as memorable as the rest of the film and is a stunning achievement in itself.

For some reason, there is a remake coming out which someone decided was necessary to make. I haven’t seen anything but the trailer but can say the original looks far superior in every way.

Suspiria is a masterpiece of cinema and truly cements Dario Argento as one of the greatest visionaries in film.

Our resident YouTuber is sharing his thoughts via a video every day. Check out his video review of the very 80s vampire flick, Fright Night below and read his write up here. 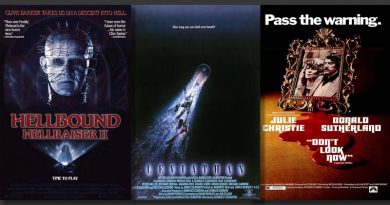