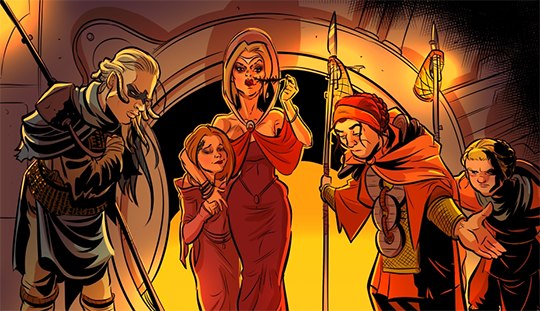 Cryowulf issue #2 starts off with bang, picking up right after the cliffhanger of issue #1. The horror that had been hinted at throughout the first issue is finally revealed in all its glory. Gore and tension drips off the page as the hero Puffin faces Grendel for the first time. The encounter, intentional or not, hearkens back to the first two Alien movies.

But, the ensuing gore this isn’t violence for the sake of violence. The pages of blood and bodies underscore the real threat that the characters face. Writer Sam Roads quickly draws a parallel between the physical threat of Grendel and the political threat of the societal factions that divide the characters. Both issues go to great pains to show how important the roles and social conflicts are to all the characters. Our hero’s are holding onto power by a thread, and without it death or exile seems likely to follow. Roads pulls the contrast between these threats sharply, making the dogma, rituals, and overall politics seem foolish and misguided.

The only flaw in an otherwise stellar issue comes here. Puffin’s outrage over endless rituals, pontifications, and politics when people are literally being ripped apart by a monster night after night is well earned and understandable. The breaking point, narratively speaking, comes when two of the clan leaders speak in a language no one else can understand (including the readers.) Amidst the violence and fear this custom seems not only elitist but dangerously exclusionary.

This goes on for about a page and a half. It is an interesting attempt at putting the reader in the shoes of the main character.  However, while the static focus of the illustrations and the lack of translation matches the frustration it doesn’t match the outrage. There is nothing that makes us the reader identify with the anger the characters are feeling. There is no emotional build, making it slightly tedious to read. I applaud the attempt at doing something creative and taking a risk and I hope Roads and artist Ben Matsuya continue to make such efforts even if this one didn’t pay off.

The end of the issue has elements of The Fellowship of the Ring, A New Hope, and of course Beowulf. It is the start of the hero’s journey and the melding of the old fantasy with the new sci-fi feels fresh. Matsuya’s artwork remains stellar and gives an Avatar: The Last Airbender vibe to the comic. This isn’t a rehash of Star Wars or Avatar though, though it has hallmarks of both.  The timeless nature of the tale lends itself to an easy familiarity.

The mythology and cast of characters is dense and the comic could benefit from a Shakspearian list of characters and roles at the start of each issue. That said, due to the solid writing and interesting concept Cryowulf keeps the reader engaged and wanting more.

All in all Cryowulf continues to move forward into interesting places. Our review of issue one stated that it was a little hindered by the dense world building, but that it could be worth it if issue two moves beyond that. Issue #2 without question moves at a faster pace and uses the heavy lifting of issue #1 to great effect.  Where issue #1 ended with tension issue #2 ends with a sense of wonder and intrigue. Frankly, issue #3 can’t come fast enough. 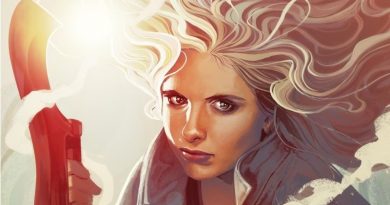 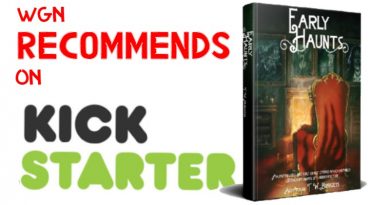