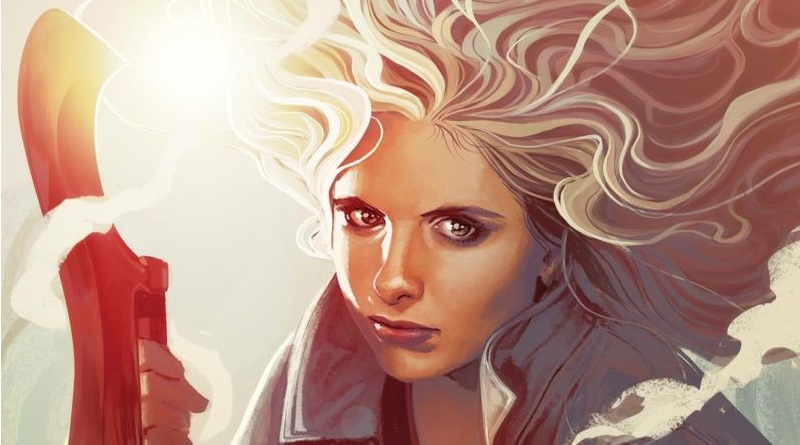 Have you ever wondered what happens to the characters after your favourite TV series ends? What happens after that massive cliffhanger when a series isn’t picked back up by a broadcaster? Yes, we are talking about you Terminator: The Sarah Connor Chronicles! And no we are not over the end of Lois & Clark: The New Adventures of Superman. And don’t even start us on Bryan Fuller’s amazing take on Hannibal. Can’t we get some conclusion after investing hours upon hours?

Sometimes we get our wish. We are not talking about an X-Files style continuation on TV, 14 years after the show originally ended. We are talking paper, ink and artists. Comic books. Many TV series you think are over carry on in this medium. Discovering there was a continuation of two favourite Joss Whedon universes was what actually got a number of us into comic books. Buffy: The Vampire Slayer and the short-lived Firefly series and its follow-on movie Serenity as well as a third Whedon series, Dollhouse. 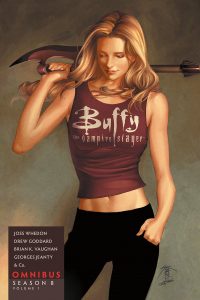 If you lived through the 90’s you know what Buffy: The Vampire Slayer is. Seven seasons of vampire slaying, world-saving TV running between 1997 and 2003. It ended with the “Hellmouth” closed and the world saved but ends with the character Giles stating there’s “another one in Cleveland,” which was subtly alluded to throughout the series, as far back as Season 3. This left many fans asking “what happened next?” If you also watched Buffy’s spinoff show Angel, you get some vague glimpses into what happened after Buffy ended in Angel’s fifth and final season. This itself then ends in a major cliffhanger in 2004’s finale “Not Fade Away.” Who lives? Who dies? What happened to the whole world? We had to wait until 2007 for Dark Horse Comics and IDW publishing to answer some of these questions. We got a whole new season of Buffy kicking ass and taking names, and later in the year Angel: After the Fall which filled in the gaps between Angel finishing and Buffy Season 8 starting. This tying together of timelines allowed Dark Horse to continue the Buffyverse legacy into a single comic for Season 9 and bring back an overarching metaseries, and then from Season 9 onwards into two comics, one featuring Buffy and the Scoobies, and the other Angel and Faith, with each crossing over one another with actions in one having implications in the other, just like in the TV series. Seasons 10 and 11 saw this split approach continue. Season 12 has been released as a single series following the massive implications of Season 11’s finale, with the final issue being released on September 19, 2018. This is the last issue of the comic series continuation, as 20th Century Fox has taken back the Buffy licence and has given it to BOOM! Studios, who will go way back to Buffy’s high school years. 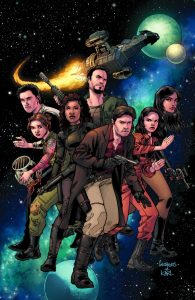 The story of Serenity is a little more open-ended and more expansive of the universe with stories about Shepherd Book’s past, a one-shot comic featuring three of Hoban Washburne’s former crewmates who are struggling with their grief following the end of Serenity and follow-on issues dealing with the Serenity’s crew after Wash’s death as well as two comics set between the end of Firefly and the start of Serenity. Unlike Buffy, this is largely for the tying up of loose ends and unexplained elements rather than carrying on the story of the characters. The proprietor of one of our frequented local comic book stores probably best summed them all up as “a slice of life” comics, in the Firefly universe.

The same is true of Dollhouse, it serves to fill in the gaps left in the TV series, though with no continuation of the series. Dollhouse itself is an excellent look at what would happen if you could program people, and also what happens when technology that changes a person is allowed to run rampant with no thought of consequence. The comic is set between the end of the series and the unaired episode “Epitaph One,” included in home releases and “Epitaph Two,” the true final episode, set in 2020 following the end of the world as we know it.

This is not a feature solely of Whedon’s work, though his is arguably the most well-known, particularly the Buffyverse. Many other series have continuations as a comic book. Avatar: The Last Airbender has a continuation set between the end of the series and the start of The Legend of Korra, itself also having a continuation, with the sixth trilogy of The Last Airbender (18 issues) due for completion in mid-2019. Another comic book continuation exists of the excellent series, Samurai Jack, prior to it being picked back up for a fifth season in 2017, it ran from October 2013 through to May 2015 and its canonical nature is a much-discussed topic amongst fans. 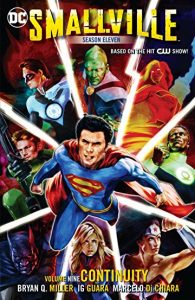 Non-comic or animation based TV shows also get comic book continuations. Remember The X-Files revival we mentioned earlier? Before the show returned to our screens there was The X-Files Season 10 and 11. Originally intended to be a canon continuation of the franchise after the movie The X-Files: I Want to Believe. Even its companion show Millennium returned for a short period! The X-Files is still running as a comic at IDW, but since the show returned on TV the canon status of the comics has been vague. But this is not always the case.

Another big sci-fi franchise that was cut off short without a real ending is Stargate. 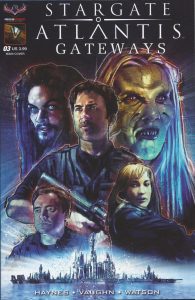 Financial trouble behind the scenes at MGM, the collapse of the DVD market and the financial crisis of 2008 onwards put a hold on the continuation plans of Stargate: Atlantis in DVD movies and eventually Stargate: Universe into a Season 3. Although low ratings were also a factor in the latter. Most fans probably gave up hope for a revival. Especially when there was talk of a theatrical movie reboot. But then a little publisher called America Mythology popped up and surprised us. We are currently twelve issues into a Stargate: Atlantis comic picking up where Season 5 left us. Which is on Earth to be precise.  And we are six issues into a continuation of Stargate: Universe! The issues might be coming out far in between, but there is no sign of stopping! 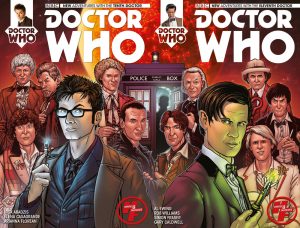 Finally, we want to talk about another sci-fi franchise, Doctor Who. The TV show often leaves us wanting for more of that one Doctor. Enter the Doctor Who comics! There have always been Doctor Who comics, but currently, Titan Comics is giving us comics starring the adventures we did not see on TV of multiple different Doctors. New companions, new aliens, new adventures, but also interactions between Doctors we most likely will not see on TV. You want a multiple Doctor adventure? The comics have you covered. Also spin-off Torchwood lives on in comics. Set after the TV show Torchwood: Miracle Day and the novel Torchwood: Exodus Code, there are a number of comics that continue the adventures of the remaining Torchwood Three team members.

There is a fair chance you did not know about the comic continuations we have mentioned in this article. You have a good chance that your favourite TV show that got cut off too early might have some additional stories in the medium of comic books. How unlikely It might seem. Maybe there is a Penny Dreadful continuation that ignores that big “The End” on TV. (Hint, there definitely is! Read more about it here.) Have a good look around and be surprised. 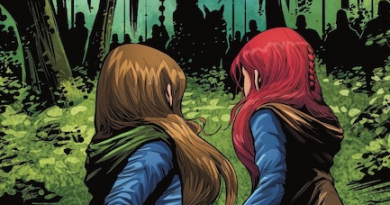 What does a comic cost? Part 1: Getting started