When a young autistic girl goes missing from a small Appalachian community, the residents of Harper Pass descend into chaos. Brooks Raker and his friends stumble across the police investigation, and as they dig deeper into the mysterious events, the boys realize the fate of their missing classmate pales in comparison with the evil lurking in the shadows of the quiet little town.

Harper Pass descend into chaos. Brooks Raker and his friends stumble across the police investigation, and as they dig deeper into the mysterious events, the boys realize the fate of their missing classmate pales in comparison with the evil lurking in the shadows of the quiet little town.

With four boys who believe something sinister is at work, and an ambitious reporter breathing down his neck, Detective Holt of the Harper Pass Police Department must confront his doubts and follow the evidence. A chain of disappearances and suspicious deaths, leads Holt to the doorstep of the mysterious and reclusive Professor Wadlow who may know exactly what has come to collect in Harper Pass.

Can the detective and the boys work together to unravel the dark secrets of Harper Pass before those secrets devour them all?

The Tear Collector is the epitome of a good beach read. It grips you while your reading it but doesn’t linger long after.  Strong characters, fun twists, and solid pacing propels the story into a real page turner. The tale captures the essence of summers spent of bikes and backwoods adventures perfectly. While mythology and supernatural elements work well to from an engaging mystery.

Author Shawn Burgess takes a page from Stephen King’s book. Children with unbreakable bonds of friendship, cruel bullies, malevolent forces in a small town, and a girl with autism that may or may not have supernatural connections 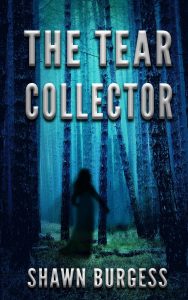 all populate the town of Harper Pass.  Burgess doesn’t do anything new with the modern horror archetypes, but he does use them effectively. The sense of horror and adventure Burgess imbues in the tale and the earnest nature with which he presents the characters keeps anything from feeling to old hat.

While the focus of the tale is on the four young boys Burgess plays with the other residents of Harper Pass. The use of town lore and multiple perspectives gives the Tear Collector a nice sense of scope and history.

While a print version does exist we were given the option to to the audile edition (something I rarely say no to.) The narration of this book is an odd duck. Lou Petrella’s character work is solid. The voices of the kids are particularly well done.  Petrella captures the cadence and inflections of the young protagonists perfectly. As someone who strongly identifies with these characters and had friends like them growing up I was truly impressed by this aspect. Patrella’s ability to bounce between the children and the adults suitably creates the illusion of not only different characters but different age ranges. His work on the rest of the prose, however, doesn’t quite work leading to a very uneven listening experience. The slightly laconic delivery tends to draw attention to the few cracks in Burgess’s writing. Overly dramatic or poetic passages that would have otherwise slipped by tend to stick out. The emotion of some scenes don’t quite come through in Patrella’s choices of delivery.

The Tear Collector is a fun horror thriller and a solid debut from author Shawn Burgess. While I would check a sample of the audiobook before spending a credit on it, I can easily say the book is worth picking up on kindle or in print. If you like your horror with a bit more adventure and a little less gore The Tear Collector won’t disappoint.

Shawn Burgess has a BA in English from the University of Florida, and he focused on literature for his postgraduate 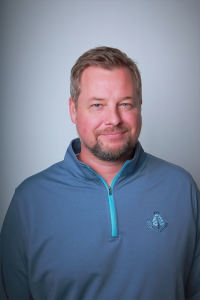 studies at the University of North Florida. His travels have taken him to most parts of the country, where he often drew inspiration for his stories through meeting interesting people and experiencing unique places. Beware! If you find yourself behaving curiously within the crosshairs of his vision you might end up on one of his pages. In his spare time, Shawn enjoys travelling, attending concerts, reading, and playing golf. He typically makes year-round preparations for Halloween by building props and elaborate sets. Shawn claims Jacksonville, Florida as his home, but he has lived all over the southeastern United States. Many of his stories are set in those towns he once called home, or in fictional places inspired by them. He says, “I enjoy building upon the natural mysteries surrounding those areas I’ve personally experienced.” The Tear Collector is Shawn’s debut novel, but he’s currently working on a YA Fantasy novel, as well as The Tear Collector’s sequel. He is active on social media, Twitter, Instagram and Facebook. 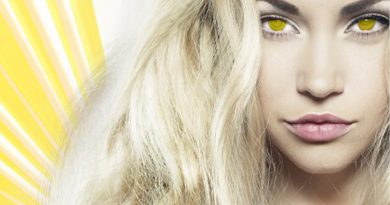