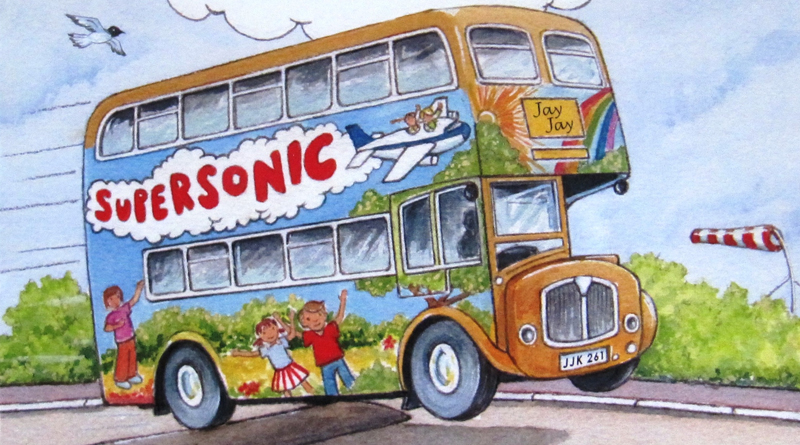 Having three children of the ages 9, 5 and 1 there is a constant need for entertaining books. Luckily being in this position a child’s book fell into my lap! Jay-Jay the Supersonic Bus is an enjoyable children’s picture book written by Sue Wickstead.

Jay-Jay the Supersonic Bus follows the life of Jay-Jay a bus who is left in a scrap yard. He believes he will be there until the of his life. After a group of children are chased away from playing on him, he is sold. Nervous and excited his new owner drives him away from the dirty scrap yard. 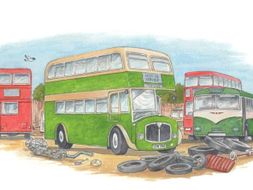 He doesn’t know where he’s going, or what will happen. But he soon realises that there are people who want to fix him up. He is taken to an airport, where he is fixed up and transformed into a playbus. Jay-Jay is given new life as he is filled with toys, games and children’s imaginations.

Based on a real bus JJK 261 an AEC Regent which was the first Playbus set up to work in West Sussex, England. It gives a new accessible story for children everywhere.

First off, this book was given to me as I had requested something that I could read to one, or more of my children. It arrived and we all read it. My eldest, a dyslexic 9-year-old was able to use it as his nightly reading book. Making few mistakes as the words used were simple, yet descriptive. He was able to read it in one night and has now become part of his reading record. 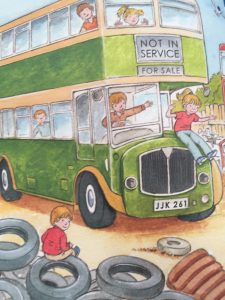 My youngest, the 1-year-old ‘read’ the book for quite a while, looking at the colourful illustrations. He leafed through the pages enjoying the visual story that accompanies the book.

The “middle one” who is 5 years going on 6, the one who this book is aimed at, allowed me to interrupt his nightly Narnia book routine for me to read this new book. We read it one night just after supper and he was enthralled.

Jonah enjoyed the book sitting close by and asking questions about Jay-Jay as the story went on. Although he asked why has the bus been placed in the junkyard. He said he didn’t like the thought of Jay-Jay being broken up for scraps.

He did say that it was a good book and that when it was over he wanted to visit and play on Jay-Jay.

“The best part was when the toys showed up and it was painted.”  Jonah (5)

As an adult, this book is a good way of allowing me to connect with my children. As my children are all at different ages, it’s good for me to have a selection of books for the different age groups. 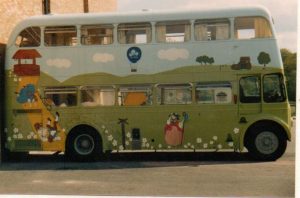 This is the first book I have read from the author, but I am sure that my children and I would read more. 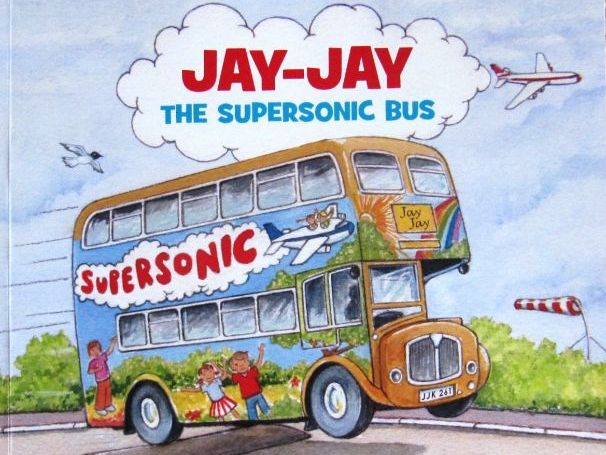 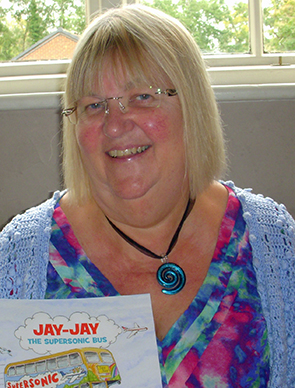 I am a teacher and an author and have currently written six children’s picture books with a bus theme. For over 20 years, alongside my teaching career, I worked with a Children’s Charity, The Bewbush Playbus Association, which led me to write a photographic history book about it. I soon found that many children had never been on a bus before, let alone a ‘Playbus’ and they wanted to know more. I decided to write a fictional tale about the bus, his number plate JJK261 gave him his name.

‘Jay-Jay the Supersonic Bus,’ came out in print in 2014. It is the story behind the original bus and is his journey from a scrap-yard to being changed into a playbus for children to play in. From Fact to fiction the bus journey continued. This story has now been followed by five more picture books.

I also undertake events and author bookings and love to share the story. There are also a few more stories in the writing process, with links to real events and buses.

The story has been read in many schools in the south-East of England, where I teach as a cover teacher, it is always well received and certainly different.

A free 3D bus which can be claimed via web site ‘Enquiry button using ref code JJay (www.suewickstead.co.uk). Additional bus models and books also offered as a promotion on request.