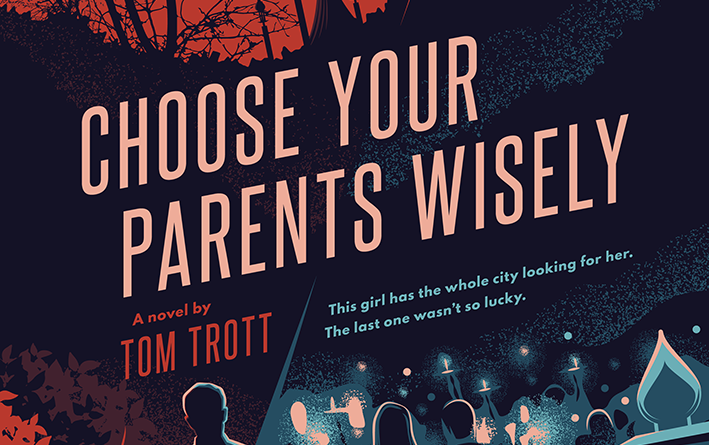 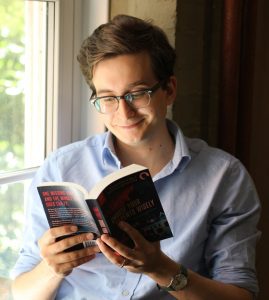 Brighton’s #1 Detective Joe Grabarz returns in Tom Trott’s Choose Your Parents Wisely. In the exciting follow up to You Can’t Make Old Friends, Trott seems more confident and assured in his writing. The result is a cracking good detective story that moves a brisk pace.

Choose Your Parents Wisely is everything you want in a sequel.  It builds on what came before and improves upon the the work as a whole. I went from merely enjoying the series to becoming an outright fan with this installment.

When a little girl goes missing the city of Brighton becomes obsessed with finding her. The media fawns over the the photogenic seven year old Joy. Rallys and vigils are held by citizens young and old. Daughter of wealthy socialites, Joy’s disappearance unites everyone in the city. Everyone except of course Joe Grabarz, who only learns of it when a group of concerned citizens barge into his office to integrate him. While the disappearance of Joy bring out the best intentions of all Brightonians it also brings Joe into the orbit of some wealthy and dangerous people.

Trott via Grabarz makes some poignant observations about the limitations of societies empathy towards victims. He plays with notions of racism, classism, and the short attention span of 24 news audiences. But, he doesn’t hit us over the head with it. Instead he allows the story to take center stage. This gives the character depth and the story relevancy without sacrificing others integrity.

Early on the novel diverges into two separate cases, Joe’s first case (also a missing child) and that of Joy. The chapters bounce back and forth between Joe’s past and present with the expected thematic and narrative links in tow. The paralleling stories is nothing new, in fact it’s a well worn trope of the genre. However, it is performed with enough craftsmanship that it never feels cliched.

In fact, Trott manages to pull of a literary feat here by adding a backstory to previously established characters. While there was only one prior novel, adding a backstory retroactively is no small accomplishment. Very often new backstories feel forced or fail to ring true. Not so here. Trott picks up a few of the narrative threads he alluded to in the first novel and expands upon them wonderfully.  The events of Joe’s past help define him in the eyes of the reader.

Like any good detective story character is key here. Trott creates some interesting and memorable characters.  Returning characters are fleshed out more become more interesting than before. The new characters add depth and substance to an already rich world created by Trott. The trio of starkly juxtaposed private detectives that inhabit Brighton could have novels of their own.  The older police detectives who act as de facto role models for Joe are crying out for future appearances.

Towards the climax Trott does begin to stretch the suspension of disbelief but I was enjoying the story so much I didn’t care. That, and Trotts tendency to fall in love with writing about Brighton  are literally the only complaints I have of the novel. And I will be the first to admit, I’m reaching a bit here. Choose Your Parents Wisely sets up everything a long running detective series like Michael Connelly’s Harry Bosch, Sue Grafton’s Kinsey Millhone, or the one and only Spencer (Robert B. Parker) needs. Without getting to much into the end – Trott provides closure to the story but not necessarily resolution. There are some intentionally dangling threads that will leave readers both satisfied and hungry for more.

The authors willingness to take the protagonist to emotionally unconventional places pays off more and more with each novel. While Joe Grabarz initially comes off as a typical smart mouthed grizzled private eye, Trott has developed a more nuanced character. His method for development is a nice one. While dialogue and action play a big part in all character development, the way Grabarz views others and himself plays heavily into our understanding of him. There is a sense of skewed or even damaged perceptions when it comes to how Joe operates. He isn’t unstable but neither is he truly healthy.  And Trott is careful not to patronize or parody human trauma as character quirks.

Some of the darker nature of the story makes this hard to recommend to everyone. But fans of the genre or just good storytelling, who don’t mind a bit of grit are bound to get a kick out of this one. You could easily read this as a stand alone, however, you will be missing some of the depth of the Joe’s choices and comments if you don’t start at the beginning. You can read our review of Trott’s first novel here.

(Authors Note: The Amazon reviews on this book are ridiculous. Most of the people who gave it 1 or 2 stars did so because of the foul language. Really? You’re going to go out of your way to give a book a negative score because of a few bad words? Are you #$%&ing kidding me? As for the people who said it was confusing – I guess nobody taught them about context clues. The back and forth in time is only a little jarring in one chapter and it really doesn’t take away from the story. Ignore )

You can read others thoughts on Brighton’s #1 Detective on this months Blog Tour. 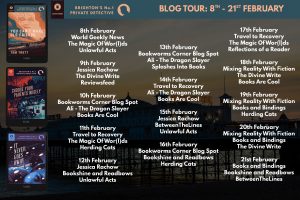 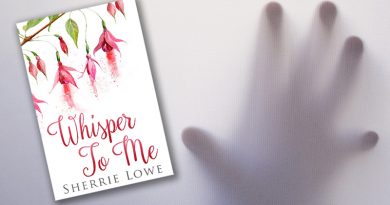 Book Review: Whisper To Me by Sherrie Lowe