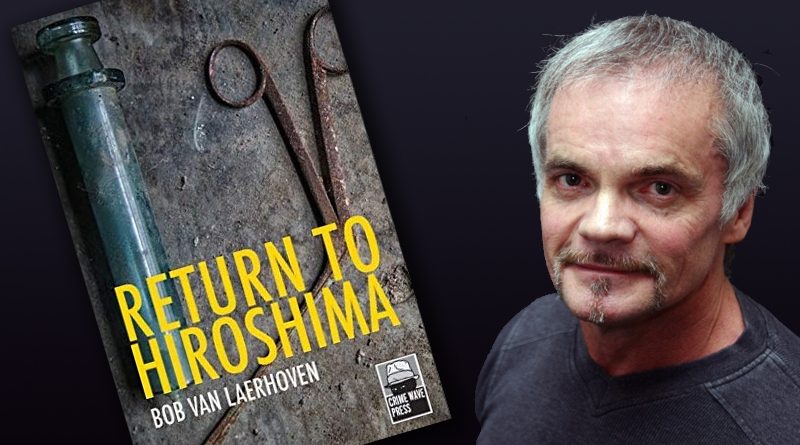 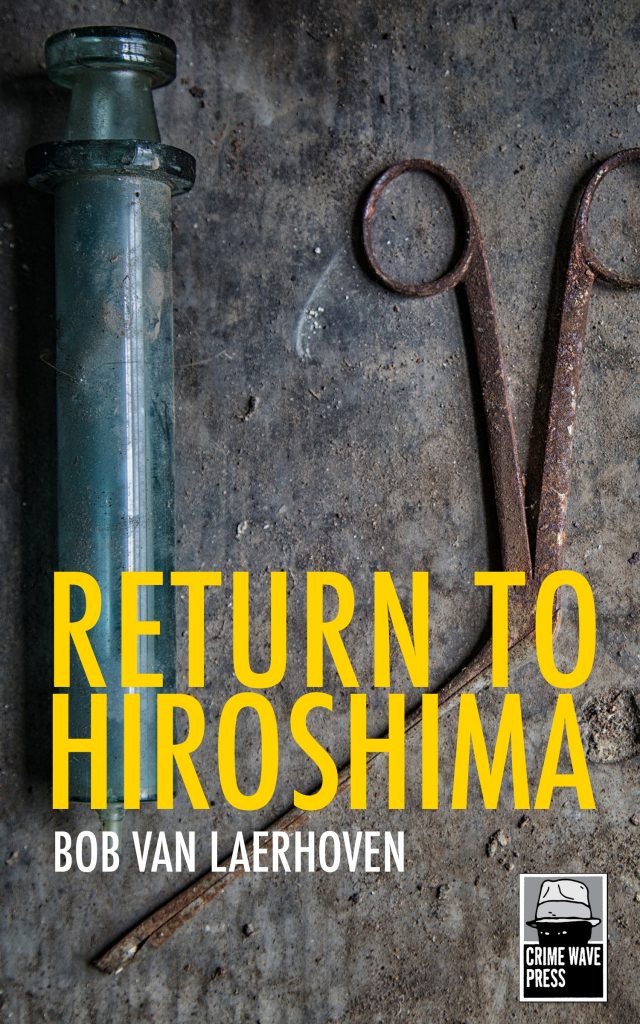 1995, Japan struggles with a severe economic crisis. Fate brings a number of people together in Hiroshima in a confrontation with dramatic consequences. Xavier Douterloigne, the son of a Belgian diplomat, returns to the city, where he spent his youth, to come to terms with the death of his sister. Inspector Takeda finds a deformed baby lying dead at the foot of the Peace Monument, a reminder of Hiroshima’s war history. A Yakuza-lord, rumoured to be the incarnation of the Japanese demon Rokurobei, mercilessly defends his criminal empire against his daughter Mitsuko, whom he considers insane. And the punk author Reizo, obsessed by the ultra-nationalistic ideals of his literary idol Mishima, recoils at nothing to write the novel that will “overturn Japan’s foundations”….

Hiroshima’s indelible war-past simmers in the background of this ultra-noir novel. Clandestine experiments conducted by Japanese Secret Service Unit 731 during WWII become unveiled and leave a sinister stain on the reputation of the imperial family and the Japanese society as a whole.

Return to Hiroshima is best described as a detective thriller which tries to incorporate historical elements with an intricate weaving story which builds to a reasonably dramatic finale.

The story flips between characters as they experience everything from kidnappings and bank raids to World War 2 and love. It’s an ambitious novel and one which succeeds for the most part (at least for the first 2 acts). The way the story weaves in and out of their lives is often gripping and really helps you want to know more. I often found myself wanting to read the next chapter to see what would happen next.

Each character does have an individuality even if not all of them work one hundred per cent for me. Some feel solidly fleshed out while others feel shallow and ultimately pointless to the story. The ones that do work are great and really help carry the story forward in a fast-paced manner.

To say the story is complex is an understatement, with some great twists and some very cleverly written segments. The different time periods each are different enough to know where we are, while also providing an uncommon amount of depth. It’s clear that a lot of thought went into the story and characters.

Unfortunately, it’s not all sunshine and rainbows.

The author feels the need to mix in a few historical events to try and give the story added depth. 2 of the big ones are Japan’s Unit 731 which was an experimental unit in WW2 and the other the 1995 Sarin Gas attacks on the Japanese Underground. This is a shame as it often does the opposite for the story and turns it into fictitious historical fiction full of half facts.

Having read and seen a lot about Unit 731, I found it interesting the way that the author incorporated some true historical fact with fiction. It didn’t always gel as it tried too hard to shock for shock’s sake. Unit 731 performed some of the worst atrocities of World War 2 and people are still affected today so it’s a subject that I feel should be handled very carefully. I feel the author walks the fine line between ok and bad taste as it often feels there is little respect for the victims and that it is being used simply as a source to add drama and horror to the story while using very loose fact.

The same can be said for it’s handling of the 1995 Sarin Gas attacks which for me truly changed my opinion on the whole book. The way in which it is incorporated into the plot (being the idea of a fictitious character) I felt was in awful taste. In the book, it’s used to shock but is done so in such a careless, disrespectful way. It pretty much gives the impression of ‘they did it, people died, oh well’ but then tries to hint on the fact it may all be a conspiracy. This event especially was not needed in the story and could have easily been replaced and handled better.

At the end of the day the book is fictitious and if taken as such it’s not too bad and I’d go as far as to say the first 2 thirds were quite gripping but that sadly dissipates in the final act as the author tries to tie everything together using fictitious facts.

If you can pretend that these events never happened, in reality, you may get slightly more out of the book then I did. It’s a shame as there are some great things going on in the book and I really wanted to enjoy the whole thing. 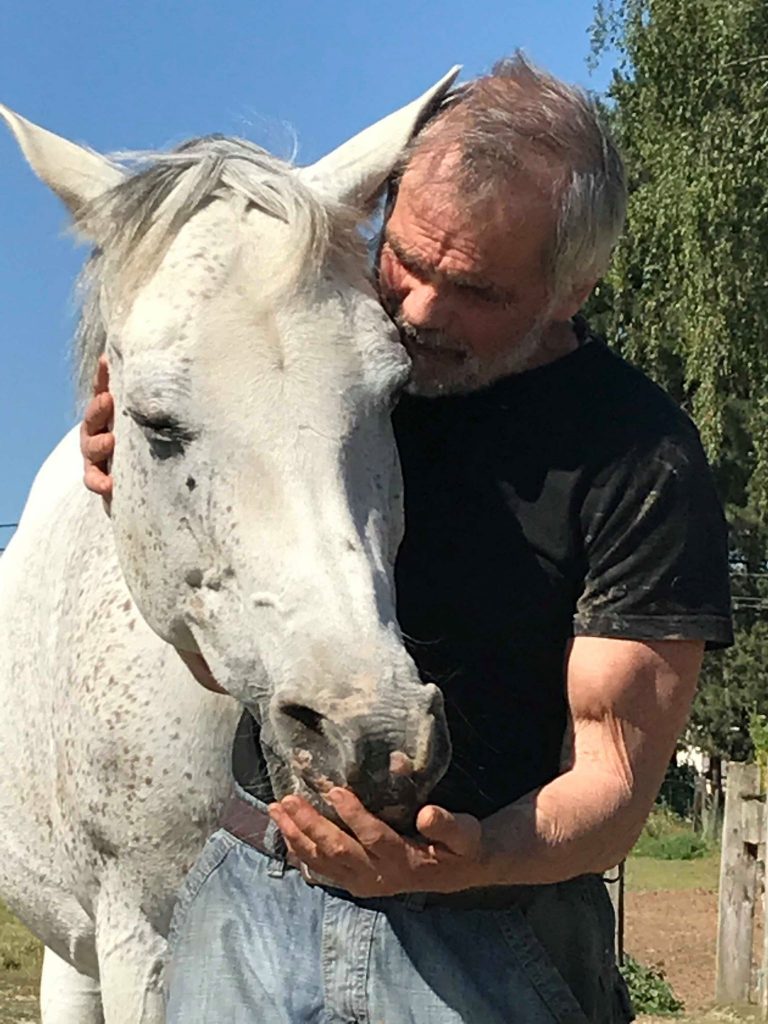 A fulltime Belgian/Flemish author, Laerhoven published more than 35 books in Holland and Belgium. Some of his literary work is published in French, English, German, Slovenian, Italian, Polish, and Russian. Three-time finalist of the Hercule Poirot Prize for Best Mystery Novel of the Year with the novels “Djinn”, “The Finger of God,” and “Return to Hiroshima”; Winner of the Hercule Poirot Prize for “Baudelaire’s Revenge,” which also won the USA Best Book Award 2014 in the category “mystery/suspense”.

His collection of short stories “Dangerous Obsessions,” first published by The Anaphora Literary Press in the USA in 2015, was hailed as “best short story collection of 2015” by the San Diego Book Review. The collection is translated in Italian, (Brazilian) Portuguese, Spanish, and Swedish.  “Retour à Hiroshima”, the French translation of “Return to Hiroshima,” is recently finished. In 2018, The Anaphora Literary Press published “Heart Fever”, a second collection of short stories. Heart Fever, written in English by the author, is a finalist in the Silver Falchion 2018 Award in the category “short stories collections”. Laerhoven is the only non-American finalist of the Awards.

Return to Hiroshima is available to buy from Amazon UK & Amazon US and you can win a copy below:

*Terms and Conditions –Worldwide entries welcome.  Please enter using the Rafflecopter link below. The winner will be selected at random via Rafflecopter from all valid entries and will be notified by Twitter and/or email. If no response is received within 7 days then I reserve the right to select an alternative winner. Open to all entrants aged 18 or over.  Any personal data given as part of the competition entry is used for this purpose only and will not be shared with third parties, with the exception of the winners’ information. This will be passed to the giveaway organiser and used only for fulfilment of the prize, after which time I will delete the data.  I am not responsible for
despatch or delivery of the prize.

World Geekly News is proud to be part of the Return To Hiroshima Blog Tour. If you want to read a handful of reviews then please do check out one of these other marvellous websites, as listed below (click on the image for links to all the participating sites): 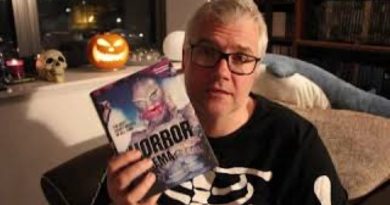 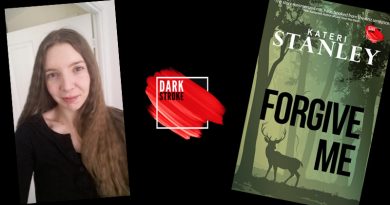 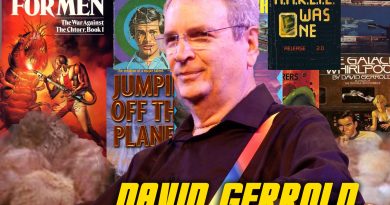